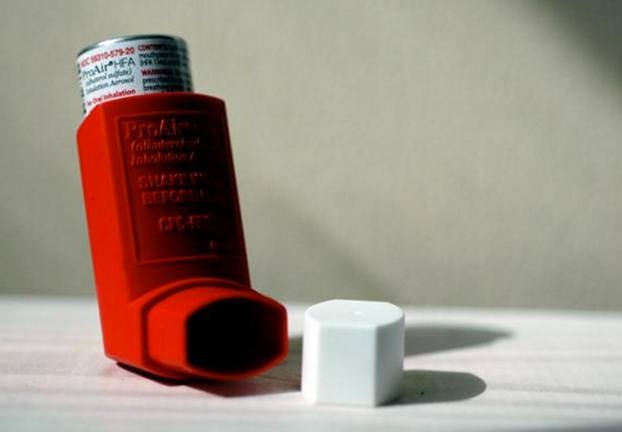 So, the question for today is, what are the most common breathing conditions, how do you know you have one, and how can you deal with the symptoms? Let’s take a closer look.

Breathing conditions are becoming increasingly common. There is an enormous range of different breathing conditions. Each of them can cause several issues should you develop them, and they will all need managing. You might get a little hay fever during spring and summer, for example. Or, you could develop something more chronic and long-term.

So, the question for today is, what are the most common breathing conditions, how do you know you have one, and how can you deal with the symptoms? Let’s take a closer look.

Asthma is one of the most common breathing conditions – and numbers of sufferers are on the rise. It’s a chronic respiratory condition that arises from inflammation of the air passages in the throat and chest. Spasms can occur, and sufferers can also experience severe shortness of breath and go on to develop allergies. That said, although asthma can be serious – and attacks can be fatal – it is in most cases simple to manage. There are over 25 million people who suffer from the condition, which tends to develop during childhood. Medicinal treatment through inhalers is a typical solution to many attacks. Using the inhaler can reduce the inflammation, open the airwaves, and make it easier for the sufferer to breathe. When properly managed, however, asthma will not restrict your opportunity to lead a normal and successful life.

There are two different types of bronchitis: chronic and acute. In its chronic form, it’s a type of chronic obstructive pulmonary disease – which we’ll go into a little further in a moment. The acute version of bronchitis comes from a virus which causes an infection. Even so, the effects of both are the same. Mucus will build up in the lung membranes and start a process of inflammation. Once that happens, there is swelling in the airways and the lungs, which cause coughs and breathing difficulties. Anyone with bronchitis needs to see a doctor and put themselves under medical supervision.

If you suffer from COPD, make sure you seek out medical treatment – fast. According to statistics from medical experts, it is within the top five causes of death in the country. But, to call it a single disease is a little misleading. It’s more like an umbrella name for a group of several other conditions. One of the biggest issues about COPD is that it can creep up on people. Symptoms can often hide away for several years before the condition becomes plain. And, it also shares symptoms with the aging process, making it even harder to spot. There are thought to be more than 24 million people with COPD conditions – yet only half of them realize. Make sure you see you, doctor if you suspect anything. Breathing issues such as regular wheezing and breathlessness are common. 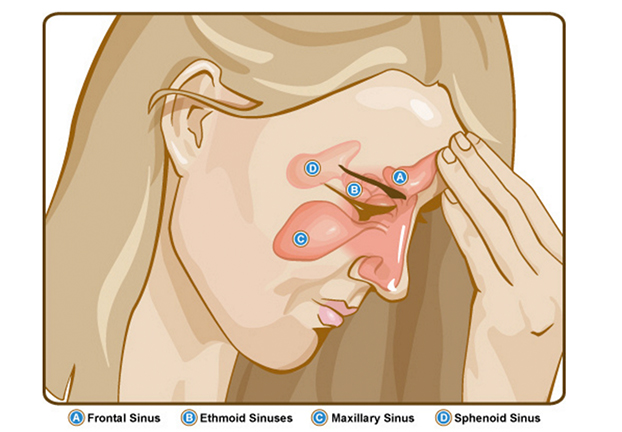 Chronic sinusitis involves inflammation and swelling of the nasal and sinus passages. It can make it incredibly difficult for sufferers of the condition to breathe through their nose. They may also suffer from many different aches and pains around the sinus area. Given that the sinuses run all the way around the face, that can mean pressure in the ears or headaches, and even the mouth and teeth. Sinusitis comes and goes for many people, but the chronic version can last a lifetime. It ‘s hard to treat with medication, too. There are other ways to treat chronic sinusitis, however. A quick look online at wakesinus.com/balloon-sinuplasty/ reveals an interesting idea called Balloon Sinuplasty. It’s a contemporary treatment method that involves balloons inflated in the nasal passages.

Pneumonia is a lot more common than you might think. It’s a disease of the lung that is caused by infections from bacteria, fungi or a virus. As you can see, pneumonia tends to develop from all kinds of minor illnesses that are left untreated. And, it can be incredibly serious. While a lot of people will recover with plenty of rest over three weeks or so, it can also be fatal. And, even when pneumonia clears up, you may not feel back to normal for quite some time afterward. There are many different symptoms, from chills to shortness of breath. It is vital that you seek medical attention, as doctors will be unclear of the cause of pneumonia without observing you.

Emphysema is another serious breathing condition that is surprisingly common. It’s another of the COPD branch of illnesses, and it can have a significant impact on your life. Sufferers can expect problems expelling air from their lungs, and the condition will worsen as they get older. That said, patients can manage their symptoms and lead a normal life in many cases. Your doctor may, however, make some recommendations. Emphysema is often caused by smoking, but air pollution may also have a big impact. Your doctor will suggest you quit cigarettes – and may suggest you move somewhere with cleaner air. 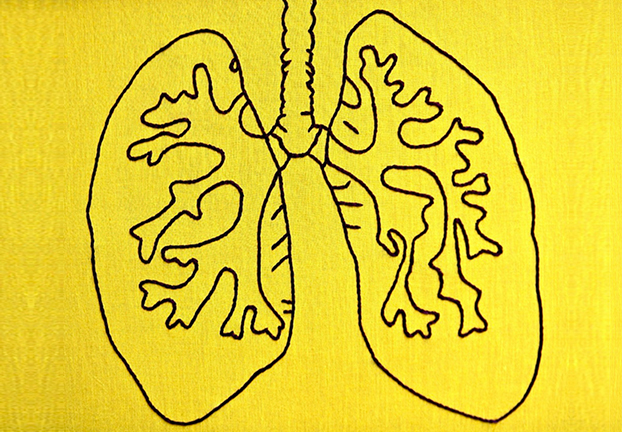 While we’re on the subject of smoking, it would be remiss to forget about lung cancer. Smoking is one of the biggest causes of lung cancer, which is the primary cause of death for people in the United States. The trouble is it can be difficult to detect when it first makes an appearance. Symptoms can take a long time to find. By the time you see them, tumors will already be affecting your lungs.However, smoking isn’t the only cause of lung cancer. Many people get it from the aging process, and others can get it from asbestos or gas inhalation. Depending on when you catch the lung cancer, it is possible to pull through with the right treatment. Again, it’s vital that you see a doctor if you have any suspicions.

Allergy is a big issue these days – and many people suffer from allergies all over the world. An allergy happens when someone’s immune system reacts aggressively to foreign objects. They might get reactions from dust, food types, or mold, for example. Even substances such as latex can cause allergies in people. Once the immune system kicks in, the body starts to produce more histamines, which, in turn, can lead to an allergic reaction. In minor cases, it can cause sneezing, wheezing, and mild breathing difficulties. But if the allergic reaction is a strong one, it can lead to severe inflammation, which can prove fatal if it is untreated. So, for some allergies, all you need is an antihistamine tablet – but for others, you may need something like an Epipen to ensure your safety.

Cystic Fibrosis affects around 30,000 people in the United States. It’s a condition caused by a defect in the genes, which leads to an excess of mucus. As the sufferer’s body creates more mucus, it can cause blockages in the pancreas and infections in the lungs. Cystic Fibrosis can make it difficult for the body to break down nutrients, which leads to other deficiencies. Symptoms of cystic fibrosis include chronic coughing, regular lung infections, and salty skin. Some years ago, cystic fibrosis was responsible for many infant deaths. Few children with the condition never reached elementary school. However, these days the outlook is much better, thanks to advances in medicine. Life expectancy for infants with the disease is now double what it was – but that’s not to say it isn’t a serious issue. 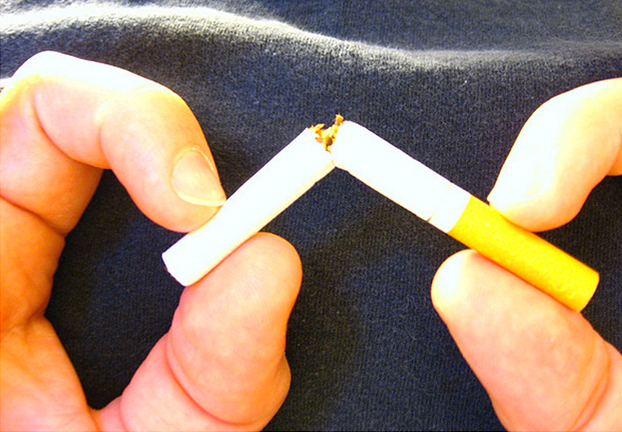 HOW TO TREAT BREATHING CONDITIONS

As we have been saying over the course of this post, it is vital that you see a doctor if you think you have a breathing condition. Even so-called ‘mild’ conditions such as asthma can be fatal if you don’t have the right medication to help you during an attack. All breathing conditions tend to have the same kind of symptoms, with inflammation of the airways a particular concern. If your throat swells too much, for example, it can leave you in a precarious position.

As your condition worsens, it can have a severe impact on your life. Take emphysema, for example. Sufferers often have many restrictions that mean they have to be careful at all times. They may even need to use home oxygen systems and breathing apparatus to keep them comfortable.

It’s also worth pointing out that one of the biggest agitators of breathing conditions is smoking. So, if you suffer from any of the illnesses listed above, it is in your interests to quit. According to research from cancer.gov, it’s the leading cause of preventable deaths in the country. There are other stark statistics to consider, too, such as the fact that 85% of lung cancer deaths are smokers.

As you can see, there are many different types of breathing condition. And, each of them can impact your life in a significant way. The good news is that modern medicine will increase your chances of leading a normal life. Respiratory illnesses are a common issue in the United States and the wider world. But, most are due to environmental conditions that you can avoid if you try. Even moving home from a city to somewhere with cleaner air could make a big improvement to your lifestyle.