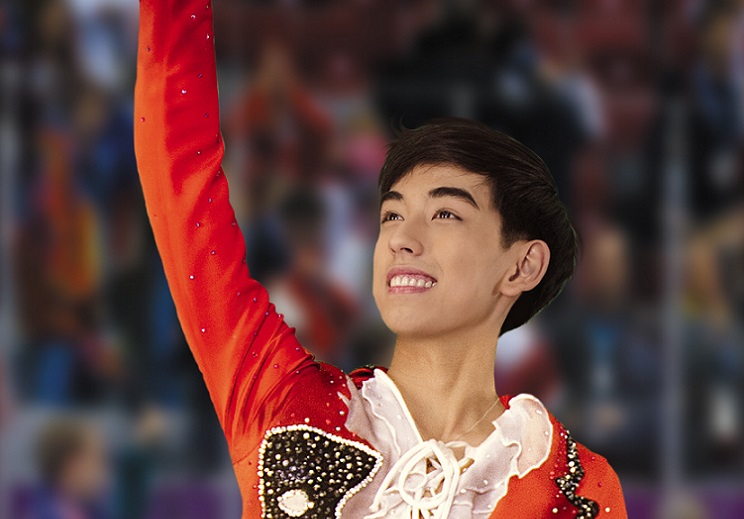 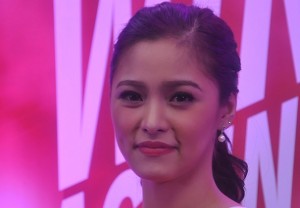 Kim Chiu and Arnel Pineda became the featured ambassadors for the first wave of the campaign which was launched in 2014.

Do you know what Kim Chiu, Arnel Pineda and Michael Christian Martinez have in common? They all have Asthma yet have accomplished so much in their respective fields.

Do you know of a friend, loved one or relative who are winning against asthma as well? Do you want them recognized as winners against asthma just like Kim, Arnel and Christian?

On February 5, GlaxoSmithKline launched the “Search Winners Against Asthma 2015” campaign that aims to choose and recognize 10 young asthmatic achievers from different walks of life.

He recalls being in the hospital frequently and says the cold rink actually helped improve his health. “Year after year my health keeps improving, so my mother fully supported me to continue skating saying it’s better to spend the money on skating than in the hospital.”

The program is a nationwide search for young asthmatic achievers aged 30years and younger who are outstanding in their respective fields despite having asthma and inspire asthma sufferers that they, too, can win against asthma.

The rationale for the target age group is driven by the fact that asthma is one of the most important chronic disease during childhood causing substantial morbidity. Uncontrolled asthma is associated with a reduced lung function, impaired performance in physical exercise, and impaired quality of
life.

More severe asthma leads to more frequent school absenteeism which may negatively affect an individual’s level of education and, possibly, choice of career. People within this age group are in the process of developing the necessary knowledge and skills that will enable them to achieve their goals in life and asthma should not deter them from realizing their full potential. Thus it is necessary at this early stage to raise their awareness on asthma and how they can win against it.

The Search for Winners Against Asthma will run from February until May 2015 and will be touring different schools and drugstore outlets to spread the advocacy and invite more people to join the campaign.

The deadline for submission of entries is on March 31,2015. All entries will be screened during the first week of April. As we celebrate World Asthma Day on May5, the top 20 finalists will be announced and will be immediately followed by online voting. The top10 Winners Against Asthma will be announced and awarded by the 3rd week of May2015.

This advocacy campaign is supported by the Philippine College of Physicians(PCP),Philippine Academy of Family Physicians (PAFP),Philippine Society of Allergy, Asthma and Immunology (PSAAI),Huawei and Folded &Hung.

Asthma as a public issue

It is estimated that asthma affects around 235 million people worldwide with 250,000 annual worldwide deaths recorded. Another 100 million people are projected to suffer from the disease by 2025.

In the Philippines, there are over 10 million cases of people with asthma and remains the most common chronic disease of childhood morbidity as measured by school absences, emergency visits and hospitalizations.

Despite the availability of treatment guidelines and medicines for the treatment and management of asthma, the majority of patients with asthma remain to be uncontrolled thus leading to compromised lives. According to the AIRAP 2 study, only 1% of children with asthma in the Philippines are well- controlled.

Majority or 90% of asthma patients expect to have symptoms as part of their condition. A little more than half (53%) of asthma patients regularly use rescue medication at least once per day to cope with their symptoms. In the Asia Pacific, which includes the Philippines, activity limitation caused by asthma was considerable.

A mean of 44.7%of respondents reported that normal physical activity was compromised, and 37.9% believed that their choice of job or career was limited. A total of 52.7% of respondents said that sports and recreation were affected, and 37.6%believed their lifestyle was restricted. Almost 50% reported sleep disturbances.

Asthma can be a serious condition but it can be controlled. Access to doctors and treatment has been shown to significantly decrease asthma deaths and hospitalizations. People with asthma can lead normal and active lives. They can even excel.

A lot of asthma patients do not realize that they are settling by accepting as normal the lifestyle restrictions resulting from uncontrolled asthma.

Patients unnecessarily accept symptoms, assuming that frequent symptoms, exacerbation and lifestyle limitations are an inevitable consequence of having asthma. They may feel that although current treatments can alleviate their asthma symptoms, they just need to accept and bear that it normally happens. This is where the partnership and constant consult with their doctors become very important.

To prove that the disease should not be a deterrent from living one’s life to the fullest, GlaxoSmithKline(GSK) in February 2014 launched “Win Against Asthma Today” –an integrated advocacy campaign aimed at increasing awareness and amplify existing efforts to spread information about asthma and how it can be managed. The campaign also encourages patients to consult their doctors and discuss the best way to manage their asthma.

During the campaign, real asthma patients were invited to provide testimonies of their experiences and how they won against the illness. Celebrity asthmatics, Kim Chiu and Arnel Pineda became the featured ambassadors for the first wave of the campaign.

As more asthma patients become aware that they can win against asthma just like Kim and Arnel, the campaign aims to strengthen its pool of ambassadors to continuously inspire more patients to take control of their asthma.