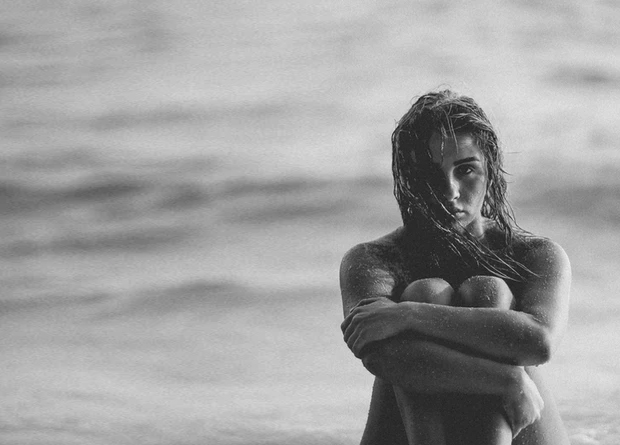 Vaginal discharge can often be the biggest indicator that a woman is suffering from a sexually transmitted disease or infection, and whilst an empowered 84 percent of women said they were confident they would be able to tell the difference between normal and abnormal vaginal discharge, nearly two-thirds (62 percent) of women pay little to no attention to their discharge to be able to spot the difference in the first place.

New research revealed by Zava shows the lack of self-awareness around female sexual health and symptoms, urging women to use an original graphic to check their vaginal discharge – often a huge indicator of a sexually transmitted disease – as women risk their health and avoid being tested. Surprisingly, almost two in five (38 percent) women have never had an STI check and there’s no doubt this is linked to 61 percent of females feeling that they had very little to no sex education at school.

Positively, the study of more than 2,000 women across the United Kingdom also shows that 16 to 34-year-olds are the age group most in control of their sexual health, with 29 percent of the cohort saying they have at least one STI checkup a year. A vast contract to 35 to 54-year-olds with only one in 10 being checked annually. There’s no doubt women in the upper age bracket are placing their health at risk as Public Health England insights proved that there’s been a 25 percent increase in older women diagnosed with herpes.

There’s significant regional variation when it comes to the frequency of STI check-ups too, as Cardiff is the city with the highest proportion of sexually active women who say they never have STI check-ups, with 1 in 2 (50 percent) admitting to never having one.  Women living in Northern Ireland are the least likely to check in on their sexual health according to respondents, with 70 percent of women living there, who are sexually active, statingthey do not have the recommended annual STI check-up.

However, it’s positive news from Birmingham with the highest number of women getting their recommended check-ups, with more than one in 10 (14 percent) of women having an STI test at least once a year.

Vaginal discharge can often be the biggest indicator that a woman is suffering from a sexually transmitted disease or infection, and whilst an empowered 84 percent of women said they were confident they would be able to tell the difference between normal and abnormal vaginal discharge, nearly two-thirds (62 percent) of women pay little to no attention to their discharge to be able to spot the difference in the first place.

Looking into this theme further, 25 to 34-year-olds pay the most attention to their vaginal discharge, with 36 percent of women saying they pay a lot of attention, compared to 63 percent of 55+ who pay little to no attention to it proving that once again, millennials are the savviest when it comes to their sexual screening and bodily functions.

Zava asked respondents about the symptoms of STIs and the statistics show that six out of 10 (61 percent) women were confident that they could tell the difference between an infection and thrush, despite nearly one in five (19 percent) being unable to identify three main symptoms of thrush. Two in five (40 percent) thought that a fishy smelling discharge – a key symptom of bacterial vaginosis – was evidence of thrush when it is not. This suggests that almost 40 percent of women could be misdiagnosing themselves and failing to get the right treatment.

To help women of all ages be more aware of their sexual health and vaginal discharge, Zava has created ‘Blooms and Bloomers’, an original graphic that helps women identify the differences in discharge and encourages them to take an STI test either at their local clinic or in the comfort of their own home.

There’s a strong correlation between the lack of sex education in schools, age ranges and how often women get tested for an STI. Sex education in schools, if done properly, can have a significant and positive effect on young people’s sexual decision making, health and wellbeing later in life. But it seems the system is failing females, as 61 percent of women feel they had little or no education in regards to sexual health.

Although this figure decreases with younger women, as more than two in five (43 percent) felt they have little or no education, in comparison to nearly three-quarters (73 percent) of women aged 55+, thus proving a strong case that once again, millennials are more equipped with knowledge to know when something isn’t right, and they’re more likely to get tested regularly as the statistics show.

Louisa Draper, Medical Director at Zava comments: “Practicing good sexual health comes with a lot of responsibilities and as a blanket rule, you should be tested for sexually transmitted diseases and infections annually. However, Zava’s latest study reveals that a huge proportion of women are failing to attend annual check-ups with a staggering 38 percent of women who are sexually active admitting that they’ve never had a check-up, and this figure rises in mature women which is alarming.  As the research confirms, there’s no doubt that the lack of education around female sexual health in schools plays a factor as to why women aren’t having regular screenings.”

Women are also at risk of missing symptoms of STIs too, because they’re failing to monitor their vaginal discharge and listen when their body is talking to them, putting them at risk.

“We hope that by raising awareness of women’s sexual health, more women take regular screenings starting with taking a look at the ‘Blooms & Bloomers’ graphic so you can get to know what’s in your knickers. If you notice anything out of the ordinary, you can get discreetly tested at your local clinic or purchase an online test to take in your own home to put your mind at ease,” Draper ended.