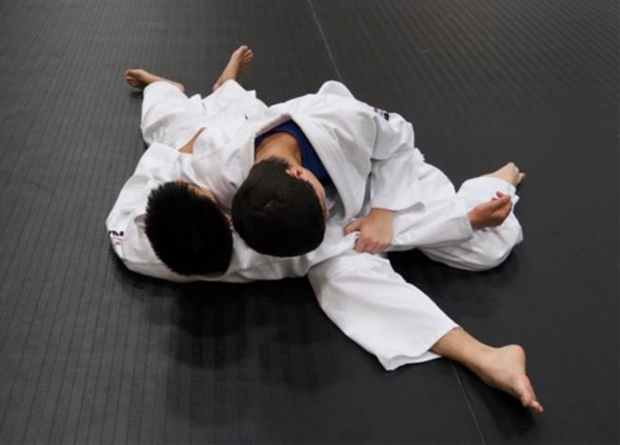 Judo may be just the right sport to increase the physical activity level among children with autism spectrum disorder (ASD) and holds promise for reducing sedentary behavior, which is linked to obesity and diabetes.

Judo may be just the right sport to increase the physical activity level among children with autism spectrum disorder (ASD) and holds promise for reducing sedentary behavior, which is linked to obesity and diabetes, according to a new study from the University of Central Florida.

The pilot study found increases in moderate to vigorous physical activity among participants during and beyond the study period and a reduction of sedentary time, although researchers say the amount was not statistically significant. However, the children in the study were eager to continue judo lessons beyond the scope of the study and the few who did not continue failed to do so because of scheduling or transportation problems, rather than lack of interest. More research is needed to see if the reduction in sedentary time will last.

Parents also reported their children were more comfortable with social interaction and physical contact, things children diagnosed with autism struggle with in most cases. Another journal is reviewing a second paper written by the researchers focused on these aspects of the study.

“While karate, a form of martial arts, has documented benefits for the autism population related to social interaction, we hypothesized that the emphasis on mindfulness and self-defense promoted by judo would provide additional benefits for ASD youth,” says Jeanette Garcia, an assistant professor in the College of Health Professions and Sciences who led the study. “Indeed, our study shows that judo not only promotes social skills, but is well accepted by this population and is a great program for reducing sedentary behavior and increasing confidence.”

The study’s findings were published in late December 2019 in the Journal of Autism and Developmental Disorders.

Garcia, who has a passion for helping children with autism, began the study last summer to determine if judo was a good way to get children moving. She became interested in helping these children because of the growing prevalence of children diagnosed with autism spectrum disorder. One in 59 children in the nation have been diagnosed with ASD, according to the Centers for Disease Control and Prevention.

Garcia thought judo might be a good fit because its approach held promise for addressing some of the challenges these children face, including communication deficits, high levels of anxiety, difficulties with social interaction, and preferences for structured and repetitive activities. Judo promotes social interaction, emphasizes mindfulness, and focuses on balance, strength, and coordination, while alternating between low, moderate, and high-intensity exercise.

There also is a lot of repetition to mastering techniques.

Fourteen local children, ages 8-17, were given the opportunity to participate in a 45-minute judo lesson at the university once a week for eight weeks. The class was specifically designed for children diagnosed on the autism spectrum. The student to instructor ratio was 2-1 and students from the College of Community Innovation and Education, College of Health Professions and Sciences and the Center for Autism and Related Disorders helped at each session.

Participants were separated into smaller groups based on age (8-12 and 13-17 years). And although everyone was taught a similar curriculum, any unused portions of the gym where the lessons were held were sealed off. This design helped limit distractions.

A primary judo instructor and assistant instructor, who previously worked with Garcia to offer a judo program for youth with ASD as part of a service project at a local school, taught the program. The graduate students provided encouragement to participants and assisted in demonstrating exercises to participants in a 1:1 format if needed.

The general warm?up included activities such as light jogging, stretching, and tumbling. Following the warm-up, sessions consisted of a progression of techniques that focused on safety, stability, the use of extremities, and visual cues. Individual completion of these exercises gradually transitioned to partner or small group completion as the program progressed. Each session was concluded with time allocated to practice breathing techniques and mindfulness, including participant reflection on the activities completed.

To track their time away from the judo mats, each student was given an accelerometer. The smart watch-like device measures activity and rest levels. Researchers used the device to track activity at the beginning and end of the program.

“This first cohort of students in the judo program showed positive results in achieving the desired health outcomes,” Garcia says. “We will extend the study with this cohort and others to continue to assess the impact of the program. If it continues to be successful, we look forward to developing a program that schools can use to implement their own programs.”

Garcia has a master’s degree in psychology and a doctorate in exercise physiology, with an emphasis on public health and behavioral medicine. She also completed postdoctoral training at Harvard University before joining UCF in Fall 2016. Garcia’s area of research focuses on the development and implementation of community-based health interventions to improve physical and psychosocial health in children and adolescents. She also has a strong interest in health behaviors in youth with social/emotional/behavioral disorders, primarily autism spectrum disorder, which is where most of her recent research has focused.

“I recall back in grade school and high school, kids with these disorders were always left out and made to sit on the sidelines,” Garcia says. “That’s the worst thing you can do for them. When I was at Harvard, we did a cycling intervention for kids with a variety of social, emotional, behavioral disorders, and I was amazed by how the youth with ASD responded to the exercises. I knew that was where I wanted to focus my attention.”