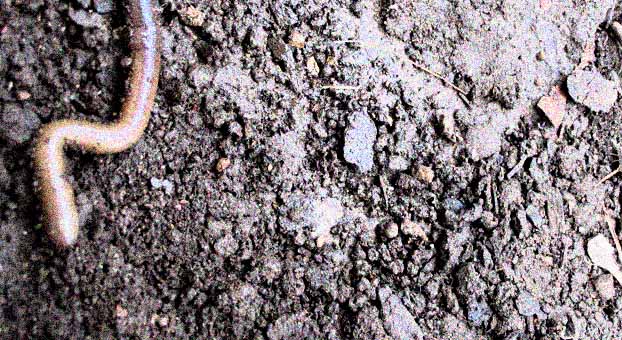 Solving the global garbage problem with the seemingly lowly earthworms.

When Antonio de Castro, who grew up in the US, returned to live in the Philippines, one of the things he noticed was the relatively high volume of trash – most of them biodegradable, including drying leaves and kitchen wastes – that littered the streets of their compound in San Francisco del Monte in Quezon City. This is not to mention National Solid Waste Management Commission estimates that in Metro Manila alone, 6,169 tons of garbage are generated daily, with food and kitchen waste (all biodegradable) accounting for about 45% of the total volume, a figure expected to double by end-2010. This prompted De Castro to consider an alternative, and better, waste disposal system that is chemical-free, with the establishment of Earthworm Sanctuary, which is into vermiculture and vermicomposting.

Focusing on vermicomposting, “the ‘vermi’ or earthworms are important in enriching the soil with organic matter, which comes from biodegradable materials, such as dead plants and animals which the earthworms ingest,” De Castro says in an earlier interview by the Philippine Daily Inquirer, adding how, with vermicomposting, the lowly worms live up to their name, which, in Chinese character, means “angels of the earth.”

Vermiculture is the production of earthworms as fresh or processed feeds, with earthworms used as live feed or vermimeal for fish, prawn, fowl, and birds; while vermicomposting refers to the use of earthworms in turning organic wastes into vermicompost (also known as vermicast, worm compost, worm castings, worm humus, or worm manure), natural fertilizer and soil conditioner.

And so a new way to ecopreneurship is put in focus.

Vermiculture and vermicomposting may have been around for a while, but, even with the growing awareness on environmental practices, it is arguably only with the increasing business viability that the practices are getting another look. After all, even as early as 1993, the demand for organic fertilizers, such as those produced through vermicomposting, was 6.25 billion bags (50 kilograms per bag), with an actual consumption of 62,000 metric tons. This is in response to the growing world consumption of organically grown foods, estimated at $100 billion per year.

And with the Philippines having approximately 2.5 million hectares of land for possible use to cultivate organic fertilizer (even as early as 1993, too), it shows promise in responding to the demand.

For De Castro, vermicomposting is a “simple technology that does not require a big capital and intensive labor.” In fact, ecopreneurs can start the practice with less than P1,000, considering that a kilo of earthworms only costs from P500 to P1,000. Add to the worms the basic materials for the making of earthworm beds, including hollow blocks, plastic sheets, used fishing nets, and a shredder (though this is optional, since earthworms themselves shred the substrates, which, at homes, include discarded vegetable, animal manure, rice hull (ipa), sawdust (kusot), hay (dayami), and leaves.

With worms, though, that there’s money to be made in trash is given new meaning.

With the good things that come with vermiculture and vermicomposting, De Castro remains optimistic about their future.

At the Earthworm Sanctuary, where they use the African nightcrawler species – first introduced in the Philippines by Dr. Rafael D. Guerrero III, executive director of the Philippine Council for Aquatic and Marine Research Development, in the 1980s), a voracious processor of organic wastes, which has a high reproductive rate (an adult breeding earthworm produces 3.6 cocoons per week) while thriving in a wide range of environments – about 500 kilos or half a ton of vermicompost are produced every month.

“We have now reached the stage where, because of the voracity of the earthworms, we have to ask around for leaves and grass to feed our earthworms,” De Castro was quoted as saying by the PDI.

And this is the one kind of voracity that is beneficial to the whole world.