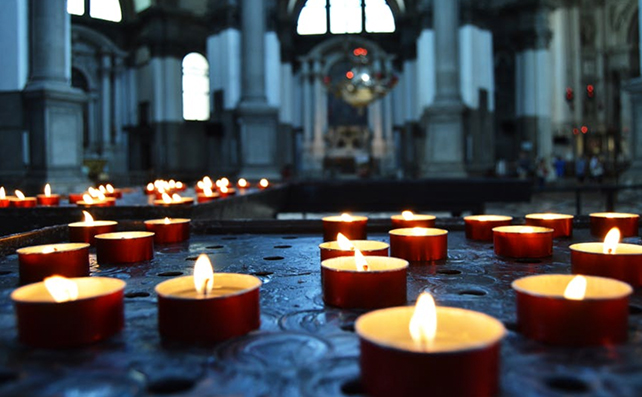 Heading to a country because you’re interested in it’s beaches and food is a pretty positive outlook on tourism. It could be considered quite limited, however. If you’re not used to traveling to a culture in order to sample it’s locations of spiritual interest, then boy do we have the article for you. We’re here to suggest you do something with your vacations that you might not have previously considered in your pursuit of hedonism under the sun. We’re here to suggest you visit the world’s most spiritually interesting places.

No matter you religious belief or lack thereof, you can glean some immense value out of doing this. You might feel that religion is a sham for the masses, and one of the biggest mistakes of human civilization. That doesn’t lessen the emotional truth and passion it takes for someone to hand craft a temple in centuries old. To disregard the pure emotion and love behind that effort is to lose out on experiencing something culturally significant. We’re not here to make a state on anyone’s religious preferences, of course everyone is free to believe what they do or do not wish, and the world is healthier as a result of that free choice.

However, we’d argue that visiting these spiritually interesting places the following article will explore can lend you some wonderful insight and interest regarding your general human experience. It can certainly culturally enrich you. Seeing religious iconography, architecture and cultural celebrations often informs you of the best of a people. Again, you needn’t agree with the beliefs, but marveling at the artistic integrity of some of these places is a universal allowance.

After all, even the most devout atheist would have a hard time looking up at the Sistine Chapel and not being floored with its beauty.

Vatican City, known the world over for being the home of the Catholic Pope, is one of the most beautiful places in modern Europe. A place of cultural, religious and historical significance, the Vatican City has stood since the fourth century AD. Rumored to be located above the tomb of St Peter, the Vatican City also takes pride in being named the smallest country in the world. Despite common perception, the Popes only began living in the Vatican during the 14th century, and not before.

The Vatican City boasts a citizenship of around 600 clergy members, but most live overseas in religious diplomatic positions around the world. If you’re in the area, visiting the Vatican is one of the must-dos of your Italian tourist checklist. Over five million tourists visit the Vatican each year, but that doesn’t cheapen the experience one bit. Home to the beautiful and aforementioned Sistine Chapel, featuring famous and world-known artwork by Michelangelo (no, no the ninja turtle,) this place serves as a real place of reverence and pure spectacle.

It’s hard not to enter the hallowed halls of this beautiful construction and not marvel at the power of belief which permeates its halls. Think of the last time you entered your holy place, be that a Church, Synagogue, Mosque or other. Times this by a thousand when entering what many consider to be the hub of their religion, and you’ll understand just how much power this place wields, both artistically and spiritually.

Malaysia is one of the most beautiful countries in the world, especially from a cultural perspective. It’s home to the Malay, Indian and Chinese people, meaning that a blend of all religious beliefs make their way here. The culture is populated with both intricate and wonderful mosques, jaw-dropping Buddhist temples as well as incredible statues of the Buddha. While Island is the official religion of the state here, Buddhism, Christianity, Sikhism and Hinduism make their nest here also.

This allows for a great amount of cultural and spiritual diversity, and for the most part (unlike other places,) each religion is tolerant of the other in this country. The constitution of the country allows for freedom of religious expression. This country delivers that in droves. From Buddhist monks to Muslim elders, this country boasts some of the most variant wisdom to be found in the East.

This diversity makes the country so interesting to occupy. Not only is the food, populace and history so rich and interesting, but the peace that these religions preach and practice with one another do a lot for the moral backbone of the country. In fact, an extended stay here soaking in the variant spiritual disciplines on show will lead you to desire reading the complete guide to obtaining a mortgage loan for property in Malaysia.

We’d recommend checking out the Batu Caves in Selangor, as one of the most amazing and recently built Hindu temples is chiseled into the rock. It’s a truly unique and sheltered religious arena, one which demands exploration and slow study of it’s beautiful structural embossing. We’d also recommend seeing the Jamek Mosque in nowhere other than Kuala Lumpur, as it serves as one of the largest and most prominent mosques in the country. Despite being built by the British in an effort to expand the cultural and religious significance of the then small city, it retains its architectural authenticity and still serves as the primary hub of worship for many Malay muslims to this day.

Popularized by Martin Sheen’s movie ‘The Way,’ the Camino de Santiago serves as one of the longest standing pilgrimage routes in the world. Also known as  ‘The Way of Saint James,’ this Spanish route of pilgrimage leads to the eventual shrine of Saint James the Great in the Santiago de Compostela – situated in Galicia. This route is a popular route to walk for those searching for quiet and meditative spiritual reflection, and serves as a wonderful activity to experience.

Excellent hostels and hotels line this walk now, but so do beautiful, historical building converted into hospitality points for travelers. Restaurants, cafes and incredible camping spots line this way, but it’s important to respect the significance of this route if traveling it and practice the same quiet respect afforded to you if walking it.

This significance is hard to understate. In the middle ages, this route served as one of the most important and discussed pilgrimage routes in the world. You can gain a modern day certificate for completing this route yourself, but in order to gain your certificate you need to walk a minimum distance of 100 kilometers into Santiago from the French or Spanish path in. If cycling, this distance is doubled. Of course, if you’re doing it out of a pure interest in the cultural significance and have zero interest in the religious side, you can receive a difference certificate of welcome, without the spiritual congratulation laced on top.

This route is not one which has faded into obscurity. Those who know about it really do know about it, but try to keep it a secret thanks to its natural beauty. We guess that makes us discussing it part of the overtourist problem, but the place is simply too beautiful for you to be unaware of. Over 250,000 walkers attend this pilgrimage each year, all for various reasons. If you feel interested in the slightest, you can be sure that this is much more than a tourist destination, but can serve as many things. Some use it for religion, some for a right of passage, and some for an adventure. Whatever you choose, you can be sure that your time here will be well spent.

Visiting these locations will not only stimulate your cultural interests, but it will lend you perspective about the role religious belief has had in the storyline of mankind. Appreciating this can be a humbling experience, regardless of your personal beliefs.

We hope you find some value in attending these wonderful locations.