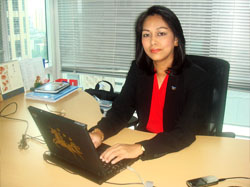 How Lenovo, as a company, is helping promote sustainability.

The threat of global warming brought about by the rise in pollution levels is prompting sweeping action from both governments and private sectors all over the world. The technology sector is no exception. In the information technology industry, the Climate Savers Computing Initiative (CSCI) was formed in 2007 to promote the adoption of energy-efficient computers and power management to help save the environment.

Leading computer manufacturer Lenovo was among the founding members of the CSCI. Currently, all Lenovo computers meet the US Environmental Protection Agency’s (EPA) standards. Lenovo qualifies for ES3 level in the US Department of Energy’s Energy Star labeling program, ensuring that Lenovo computers use less electricity than other computers.

Within its backyard, Lenovo continues to find sustainable and long-term solutions to environmental issues. It set a 10% improvement in carbon efficiency in its operations by 2012 relative to 2007. Lenovo set a timeline to eliminate the use of Brominated Flame Retardants and PolyVynil Chloride in new products for this year—substances that were discovered to have high toxicity levels for both humans and animals.

Most of Lenovo’s desktop and laptop computers are registered with the Electronic Product Environmental Assessment Tool (EPEAT), a system designed to evaluate electronic products based on their electronic attributes. It rates products based on a set of 23 required criteria and 28 optional criteria, some of which include removing environmentally-harmful material, product longevity, and energy conservation.

Lenovo computers are built with the best of green PC innovation. Top Cover Rollcage technology increases the durability of the ThinkPad’s monitor by 25%. Cool and Quiet Technology cuts noise levels and reduces the computer’s temperature by five to ten degrees.

Lenovo has installed these features in their product line, plus a few more “green” technologies. The ThinkPad X300, for instance, has an energy-efficient LED monitor that helps reduce power consumption by up to 35%. Last late year, Lenovo announced the ThinkCentre M58 and the ThinkCentre, A57e, two desktop PCs that earned for Lenovo a Gold EPEAT rating. These computers are equipped with Power Manager that allows users to save energy and lower electricity costs by enabling system managers to control the amount of electricity used by a PC fleet.

In addition to its internal initiatives, Lenovo has made significant contributions to the Information Technology International Council (ITIC) and the Consumer Electronics Association (CEA)—large international IT organizations that claim to have influence of national and international policy formation. This is coupled with their memberships in the CSCI and the Climate Southeast Partnership.

Lenovo is confident it will reach the goals it set in 2007 for greener computing. With its current green plans on track and solidified by its fleet energy-efficient design and power management, Lenovo remains a leader in the field of Green IT. Lenovo also continues to remain committed to delivering energy efficient solutions for its customers, not only helping reduce their carbon footprint but also achieve cost savings tied to energy efficiency.