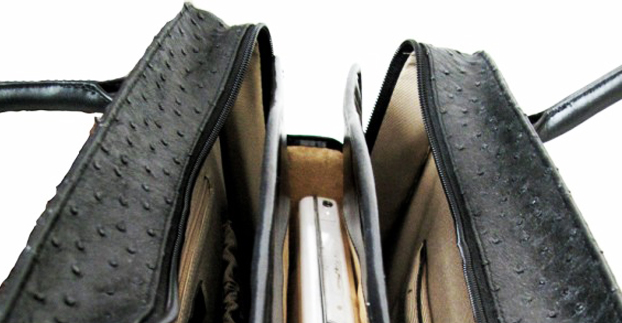 Many call for the non-use of leather because it isn’t exactly green. An alternative perspective is forwarded, however – i.e. seeing leather as a by-product that will just go to waste if not used. 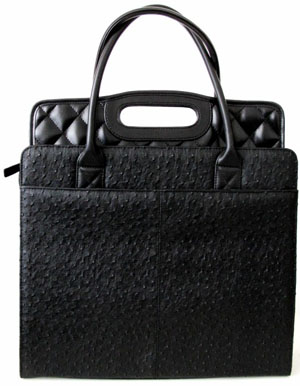 By-products. That, says Filipino shoe manufacturer and retailer giant Manels owner Manuel Siggaoat, are what they are. He is talking about leather, of course.

“This (industry) makes use of by-products that (if not used, will) just go to waste,” he says. That, by the way, is not an excuse – Siggaoat is, actually, being truthful.

Leather is a material created through the tanning of hides and skins of animals, primarily cattlehide, uses raw materials that are by-products of the meat industry, with the meat having higher value than the skin. Leather – like fur – is actually a sore point for many, err, (non-consumers of meat) animal lovers, largely because it necessitates the slaughter of a living being in order to produce it. The People for the Ethical Treatment of Animals (PETA), an animal rights activist group, among others, consider the use of “all leather items (from animal hides) is unnecessary and cruel in today’s society.”

And so the debate continues on the pros and cons of leather, and leather use.

Manels, of course, has been a leading player in the local leathergoods market since 1964. Manels – a play at the names of owners Manuel and Nelia Siggaoat – started out as a small shoe store near the Philippine Women’s University, where Nelia worked, soon proving to be lucrative so that the husband and wife tandem decided to leave their careers to focus on their new business. Nelia’s artistic vision found a medium in the design and manufacture of these shoes and bags. Manuel, on the other hand, focused on building the business side.

“It’s a niche market,” the younger Siggaoat says, adding that, initially, “it was a hard (market to break into) when we started.”
Not, worth noting, because of anti-leather sentiments.

The sales picked up, though, and have been up since 2006.

In an interview, the older Siggaoat notes how, in the case of ostriches in particular, “ostriches are now grown locally (aside from getting imported) for their meat,” he says. Interestingly, in many cases, only ostrich meat is harvested – in fact, in the Philippines, tanning ostrich skin is not practiced.

There, therefore, is produced “waste” – effectively turned into leather.

LapDance currently usually comes out with eight to 10 new designs per season, the products costing from P1,800 to over P3,000 apiece.

And, oh, the leather is but a component of the design – other materials used are fibers, among others, just as the company is also studying the use of faux (fake) leather to “make the products more marketable.”

For those opposing the use of leather, it isn’t just the slaughter of animals (a living thing) that ruffles their feathers, so to speak – it is also how the tanning process that the hide has to go through which, it is worth noting, can be harmful to the environment. Tanning, the process that makes the leather (which does not easily decompose) from the skins of animals (or rawhide, which decomposes easily) after permanently altering its protein structure, often makes use of such chemicals as: sodium sulfide, sodium hydroxide, sodium hydrosulfite, arsenic sulfide, calcium hydrosulfide, dimethyl amine, sodium sulphydrate, and, yes, tannin – all of them, aside from emitting toxic fumes, may (if/when not properly disposed of) contaminating air and water.

In theory, choosing not to use (not just buy) leather products should be easy – after all, the alternatives now abound. Among others, there are the artificial leather (fabric with leather finish, popularly used as upholstery), synthetic leather or pleather (this one, however, is also hotly discussed, since it is often made from plastic, another hot point for environmentalists), vegan leather (made from fibers that are animal-friendly – though even this uses some PVC, deemed harmful to the environment).

A bigger issue is in the availability of the products – in the Philippines, for example, alternatives are not as widely available.

Michael Bloch, editor of greenlivingtips.com, has a more realistic approach.

“What’s a leather lover to do? Firstly, we need to look at our consumption – do we really need 10 pairs of leather shoes, five wallets or eight handbags? Every leather item you don’t buy mean less toxic waste entering into the environment and, perhaps, an animal not killed – you’ll save some cash as well,” Bloch says.

Yet another way to approach the issue is to “reduce our associated impact by asking companies where they source their leather – if it’s outside ‘developed’ countries, assume the worst,” Bloch adds.

For the moneyed, though, opting to buy only the green should always be considered – if not locally available, the order from overseas.
But for now, on leather, pleather, vegan leather, imitation leather, or… whatever? The choice remains yours – choose wisely.