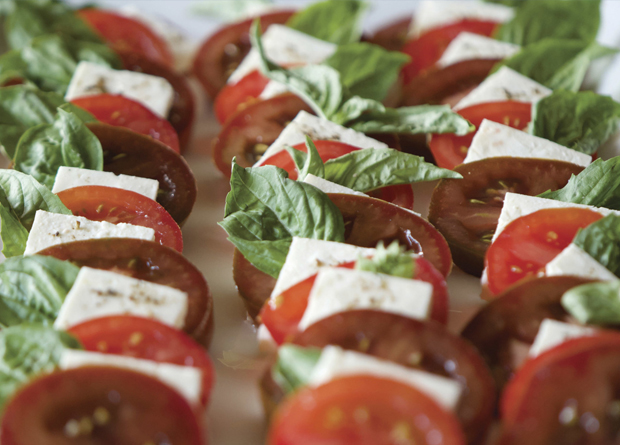 3 dishes to highlight the next trend in internationally themed cuisine.

Just like forward-thinking culinary artists, many at-home chefs seek out the next trendy flavor to provide friends and family gathered around the table. When pondering which trend you’ll dive into in the future, consider incorporating tastes from an especially influential international location – the Mediterranean Sea region.

Considered by the experts at Les Dames d’Escoffier International (LDEI) in the organization’s 2018 Trends Report to be one of the most influential parts of the world on the American food scene, flavors from the Mediterranean Sea focus on a diet heavy on fruits, vegetables, grains, beans, seeds and nuts. Take this Hummus recipe, for example, which involves processing a host of beans, seeds and seasonings to create a light, smooth dip to serve with anything from vegetables to crackers.

Because the fare is typically lighter, small bites and salads such as Fresh Figs with Honey or this Tomato, Feta and Basil Salad provide easy-to-prepare versions of Mediterranean cuisine. Incorporating vegetables (tomatoes and basil) along with the salty, milky flavors of feta cheese makes the salad a distinctly Mediterranean dish.

In addition to Mediterranean food, the trends report highlighted Middle Eastern cuisine and Latin American flavors as areas of the world that will influence American dining in the next year. Additionally, LDEI highlighted these regions as likely to be influential in the next three years:

To go along with specific regions and countries to influence any food culture, the report identified these international food concepts as the most likely to become prominent food trends:

Mediterranean food, because of its reliance on the inclusion of vegetables and exclusion of red meat in many of its dishes, also squarely fits into the top established and growing health trends, according to the report, which are:

On large platter, arrange slices of tomato and feta so they overlap. Place basil leaf between each tomato and Feta slice. Repeat.

Slice figs in half lengthwise (stem to bottom). Distribute on small platter.