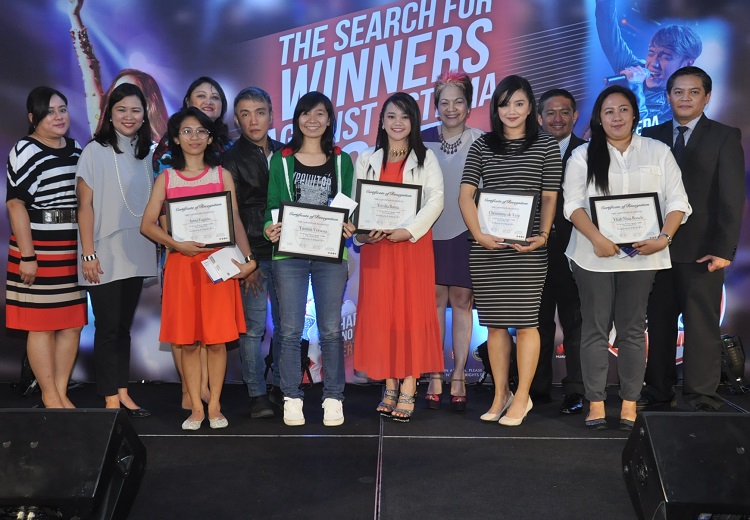 Christian Lacza, a student from Navotas City, has been suffering from asthma since he was a child. His asthma attacks were so severe that his mother would have to bring him to the hospital almost weekly.

“This made me realize that if I cannot excel in physical activities, I have to discover and focus on my other strengths,” said Lacza. “Instead of letting asthma stop me, I stopped asthma from interfering with my life as I pushed myself as a holistic learner excelling in academics, student leadership and in various competitions.”

He is also the youngest recipient of the Orator of the Year Award in Navotas National High School.

‘A challenge that adds more meaning’

“It’s a challenge that adds more meaning to each of our achievements, an opportunity to push harder, aim higher, and be better persons and citizens of our country. We can defeat asthma and we can conquer our dreams.”

Aside from being a lifetime member in two international honor societies, Banta is also actively involved in community service. As an active Girl Scout, she received two of the highest awards given by the organization – the Chief Girl Scout Medal and is one of the 75 GSP National Young Awardees.

She had represented the country in national and international events, specifically as an advocate and a National Peer Educator on Adolescent Female Health. Despite being afflicted with asthma, Banta plans to become an OB-GYN or specialize in Pediatric Pulmonology so she could treat asthmatic children.

It is their passion for life that made Lacza and Banta the grand prize winners in GSK’s Search for Winners Against Asthma (SWAA). Lacza won in the youth category while Banta bagged the top award in the adult category.

The SWAA is a nationwide search for young asthmatic achievers aged 30 years and younger who excel in their respective fields despite having asthma, and inspire asthma sufferers that they, too, can win against the illness.

“It is also during this stage that young people are in the process of developing the necessary knowledge and skills that will enable them to achieve their goals in life, and as such we want to let them know that asthma should not deter them from realizing their full potentials,” Barangan added.

At the awarding ceremonies, Barangan revealed that there is an estimated 300-million persons afflicted with this chronic illness around the globe. Of this, about 10.7-million are Filipinos which represents 12% of the entire Philippine population. Males have a higher prevalence compared with females.

Of the total number of asthmatics in the Philippines, 49% have uncontrolled asthma while only two percent have controlled asthma. It is regarded as a major healthcare problem as it can be a cause of premature death.

The SWAA winners are grouped into two categories: the youth category or those who are 19 years old and below; and adult for 20 years old and above. From almost 2,000 entries, a grand prize winner and runners-up for each category were chosen.

Runners-up in the adult category include UP student leader Ianna Engano who is also an athlete, musician, artist and social activist; Yasmin Versoza, a firefighter and member of the Marikina City Fire Truck crew; triathlete Christianne de Vera; and Yllah Nina Bosch, a registered nurse and works at the Ninoy International Airport as an Emergency Nurse Responder.

Launched in February 2015, the search is open to all Filipino citizens or foreigners with a permanent Philippine address that have been diagnosed as asthmatic by a qualified physician.

Applicants can choose to share how they have won against asthma through various fields including Arts, Academics, Career, and Sports. They were also required to answer the question: How did you win against asthma?

The criteria used by the screening committee for each entry are Excellence in their Field of Category (50%); Evidence of winning over asthma (30%); and Online Votes (20%).

The following are included as part of the judging committee: Dr. Eileen Aniceto from Philippine College of Chest Physicians; Dr. Therese Leopando from Philippine Academy of Pediatric Pulmonologists; and Dr. Carmela Kasala from Philippine Society of Allergy, Asthma and Immunology, Inc.