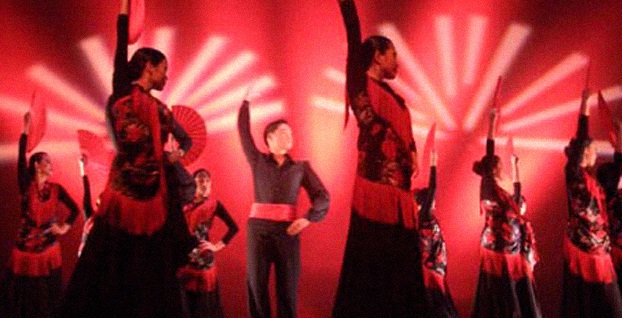 Attempting to bring back the Hispanic sentiment in the hearts of the Filipinos is the soulful dance of flamenco.

When Fundacion Centro Flamenco (FCF) was opened in 2002, with the assistance of then Spanish Ambassador to the Philippines Tomas Rodrigues-Pantoja and then director of the Instituto Cervantes de Manila Javier Galvan, “its objective, apart from the promotion of the Spanish art and culture in general, was to create a venue for the Spanish dance teachers and musicians, where they can teach and share the knowledge to interested students,” says FCF president Ma. Emma G. Estrada.

Specifically, FCF aimed – and still does – to, after five years, increase interest in Flamenco and other Spanish dances and music in the Philippines, bringing back the (Hispanic) sentiment in the hearts of the Filipinos.

Starting up wasn’t easy, admits Estrada. “Flamenco, being a difficult art form, was not easily appreciated by some people, especially the young crowd,” she says, adding that, thankfully, “those who have taken up flamenco have realized the enjoyment of the complex foot works (zapateos) and the counter rhythms that have set flamenco apart from other dance forms. Now, we see a leap (in the number) of young students interested in learning not only flamenco, but also other forms of Spanish dances.”

FCF now offers classes every day – each class lasting for one hour and 30 minutes, with the monthly rate pegged at P4,200 for a total of 12 lessons or 18 hours of flamenco dancing in one month.

“Anyone can take up flamenco (for as long as) one is really set in learning it, for as long as he/she has the discipline and the determination,” Estrada says.

While flamenco is, admittedly, “not an easy art form,” Estrada says, its benefits are numerous. “Flamenco teaches the student how to be more confident in himself/herself; how to express emotions through dance (the gypsies expressed their joys, desperation, anger, love, et cetera through flamenco); develops stamina, especially when one goes into fast complicated footwork; keeps one in shape (though) the continuous body movements; helps develop body coordination; strengthens memory since it deals a lot with complicated foot combinations and hand movements; et cetera.”

Estrada believes flamenco, while associated with the elite in such countries as the Philippines, is a dance for everyone. To help make people realize this, “FCF will continue to do its work in the promotion of the Spanish art and culture through dance and music, working hand in hand with Instituto Cervantes de Manila and other Spanish organizations,” Estrada says. “Hopefully in the future, it will continue to gain and maintain its objective through quality instruction as its core and foundation.”