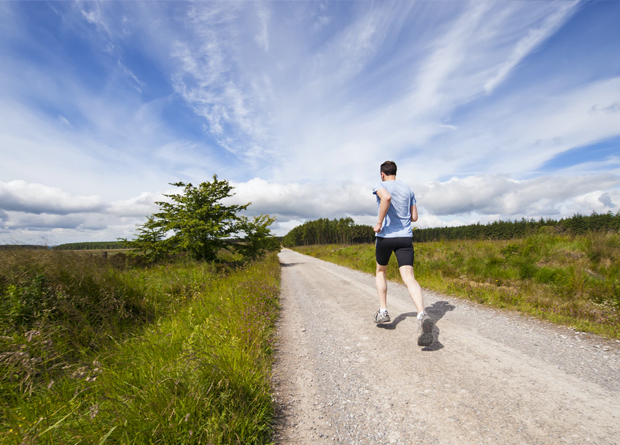 New research published in Experimental Physiology found that in prostate cancer survivors, a moderate bout of exercise kept the cell count of certain type of immune cells at a normal level, suggesting the exercise is safe for prostate cancer survivors. After 24 hours after a moderate bout of cycling, the immune cell count of natural killer (NK) cells, part of the body’s first line of defense, had returned to resting levels.

Prostate cancer treatments, including androgen deprivation therapy (ADT), have numerous adverse effects that reduce physical function and quality of life. Exercise is recommended for cancer survivors to reduce the side effects of treatment and has shown to have many benefits.

However, the effects of prostate cancer treatment and acute exercise on the immune system have only been briefly examined. Exercise oncology guidelines were initially based on the responses seen in healthy, older adults. But individuals with cancer have different physiological responses to exercise, many of which we are only just beginning to understand.

Exercise helps the immune system mobilise by causing NK cells to move into the blood and be transported them to areas of need, such as sites of infection or tumours. At the tissues, these cells move out of circulation and in cancer patients they can the infiltrate the tumour and potentially slow the tumour’s rate of growth. This has been shown very elegantly in animal models but the exercise and immune response in cancer survivors is limited, with only a few studies in prostate cancer.

The researchers, based at Victoria University in Australia, had volunteers (11 cancer survivors currently receiving ADT treatment, and 14 men with prostate cancer not on ADT, and 8 healthy controls) completed a cycling task to determine their maximal aerobic fitness.

The researchers chose to use a moderate intensity exercise session that was consistent with current exercise oncology guidelines but was also a bout that would be practical for prostate cancer survivors to perform on their own.

To ensure that the exercise bout used to stimulate the immune system was the same degree of difficulty for everyone, they standardised based on their maximal effort.

To determine immune function, they obtained blood samples before exercise, immediately after and 2h after they finished cycling. The participants then came back the next day (24h) after exercise, and immune function was assessed again after one night of recovery. They also measured several key hormone levels, including adrenaline and noradrenaline, as they play a role in activating and mobilising the NK immune cells.

The researchers found that 24 hours after a moderate bout of cycling, the immune cell count of natural killer (NK) cells, part of the body’s first line of defence, had returned to resting levels.

They also showed that the immune cell mobilisation with exercise does not appear to be significantly altered during prostate cancer treatment, which provides direct evidence that acute exercise that falls within current oncology guidelines also appears to be beneficial for the immune system.

A limitation of the study is the modest sample size, and also that they examined cytokines and proteins that are related to NK cell function but did not directly assess the killing capacity of the NK cells.

Erik D Hanson, first author on the study, said: “One of the most enjoyable aspects of working with these men is how willing these men are to help their fellow prostate cancer survivors. Many of them realize that these studies are not likely to benefit them directly. However, they do not hesitate to volunteer and are willing to do just about whatever is asked of them for the collective good.”