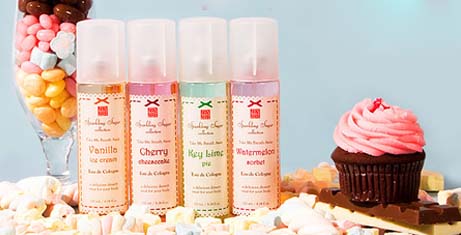 It is in feeding vanity that Zen Zest thrives – in the observation that, “no matter how tough the economy gets, Filipinos still find the time and budget to hunt for and buy products that will make them look good and feel good.”

That, says Michelle Dula Asence, was the impetus of the start of Zen Zest, a Filipino-owned body and bath company.

“When I began the business, the population of the Philippines was about 80 million. Now, if just one million Filipinos who take a bath and use scents, buy my products, then I’ll be rich. Lahat naman naliligo, ‘di ba? (Everybody takes a bath, right?)” Asence was earlier quoted as saying to Enterprise Magazine.

And it is in feeding vanity that Zen Zest thrives – in the observation that, “no matter how tough the economy gets, Filipinos still find the time and budget to hunt for and buy products that will make them look good and feel good.”

No wonder that just five years after the company opened, it already had 33 outlets in the country, plus outlets in Bahrain and Japan.

Good business sense can only go so far, though, as Asence proves – she, herself, has fondness for beauty products, particularly perfumes, something she attributes to have inherited from her late uncle, journalist Rod Dula, who had “all the perfumes that came out,” and who had about 300 bottles of perfumes when he passed away. Dula’s encouragement – and approximately P300,000 in capital loaned from her parents – helped bring Zen Zest into being.

After conducting a feasibility study, Asence discovered that there was no local brand of complete body and bath care products available in the market. “The imported brands were very expensive,” she recalled. “I’d buy an imported body scrub, but since it was so expensive, titipirin ko ‘yung gamit, hindi ko magagamit araw-araw. Ayaw ko ‘yun. Gusto ko ‘yung laging magagamit (I would use it sparingly. I couldn’t use it every day. I didn’t like that. I wanted a product that I could afford to use each time).”

Asence was not even discouraged by the fact that when she started Zen Zest, the Philippines was just recovering from the Asian financial crisis.

“Everything for me is an opportunity. There is no setback for me,” she said. “The Asian financial crisis was something good that happened to me. Ang mga tao, nagsimulang magtipid (People started to be more frugal), even in their beauty and body products’ expenditures. They could no longer afford the usual imported products so they shifted to local items. Like me, they looked for cheaper but good-quality alternatives.”

Perhaps a little-known fact is that Asence, herself, did almost everything when Zest Zest just started – e.g. after training for about three months under a chemist, she learned how to formulate and prepare concoctions that resulted in her initial products of cologne, hand sanitizer, lotion, perfume, and soap; and she, too, personally packaged the products, delivered them, and arranged them for display in her first outlet in SM Megamall.

Asence proudly claimed that she was able to grow the business from its initial investment alone, and, to date, she has not made any bank loan to support or expand the business.

After its opening in May 2001, Zen Zest already grew into five outlets by December of the same year. And to date, fragrances — body sprays, colognes, and eau de toilettes — account for about 50% of Zen Zest’s total sales. Female patrons, from seven-year-olds to grandmothers, make up the majority of its clients, though men are also a growing market.

Zen Zest has undergone numerous changes since its inception – mainly obvious in the reengineered labeling and packaging that puts it at par with imported brands [“Ang produkto, parang tao ‘yan (A product is like a person). Like a plain Jane, after undergoing treatment by a cosmetic surgeon, looks so much better. Ganoon din ang produkto — simpleng produkto lang (A product is the same—it begins as a simple item), but with an improved appearance and package, iba na rin ang dating (its quality goes up),” Asence said].

It is the re-imagined Zen Zest that broke the international market for the company, as it braved the markets of neighboring Asian countries, including Japan, where the cocktail collection of “night life” scents that are named after drinks such as Cosmopolitan, Margherita, and White Russia are big hits.

Yet another way for Zen Zest to grow that Asence realized is through franchising. “Franchising is also better because we’re like one big happy family, for my franchisees are my friends. Also through franchising, it would be easier for the company to focus on R&D, and other aspects of the business,” she said.

To keep Zen Zest on top, Asence believes in keeping its products affordable.

“I’d rather have lower profits than no sales at all. Last Christmas, we offered gift packs for only P99. Mahirap gawin ‘yun, ang ganda pa (That was hard to do, and the pack were so nice to look at). We had to sacrifice our profits; at least, the Christmas shoppers bought from us and not from the more expensive competition. In this business and in this country, the businesses can’t demand from the customers. Dapat kung ano ‘yung kaya nila, ‘yun dapat ang bibigay namin (What the customers can afford, that’s what you should give them),” Asence ended.