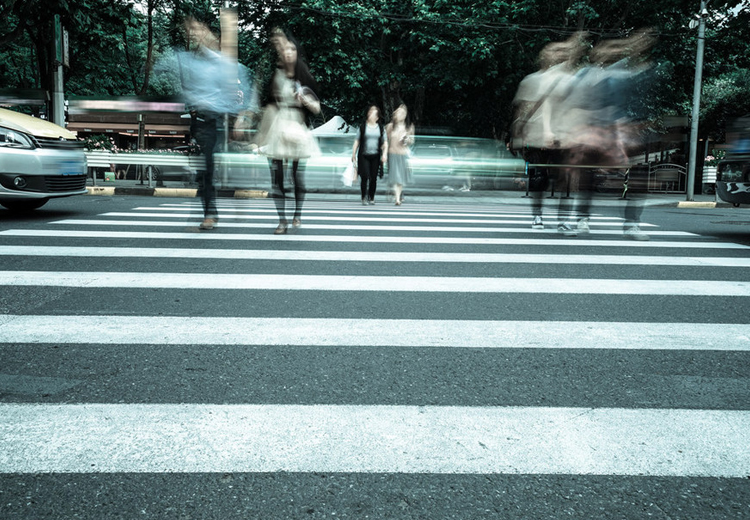 In the US every summer, approximately 2.7 million children ages 14 and under are treated in emergency rooms for accidental injuries. Injury prevention experts at Spectrum Health in Grand Rapids, Michigan say more children are accidentally injured during the summer months than any other time of year.

A knowledgeable and professional insurance agent can offer trusted guidance when it comes to finding the right life insurance protection at the right price. 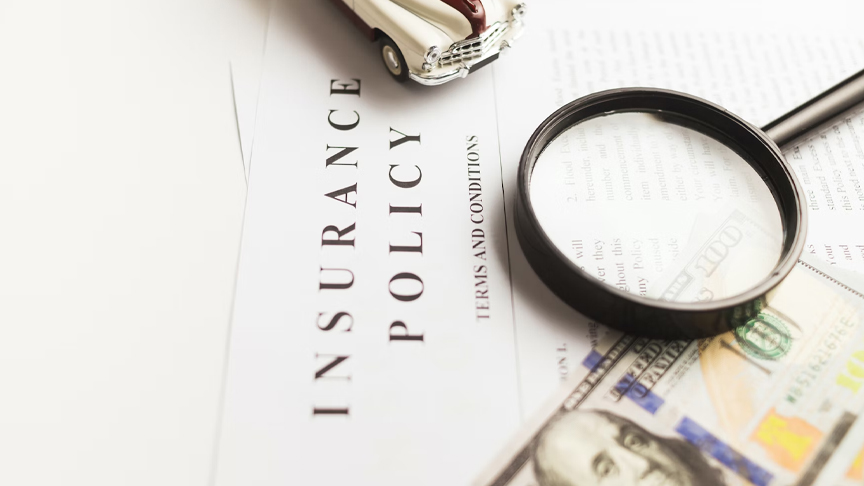 Photo by Vlad Deep from Unsplash.com

Major life changes like getting married, starting a family or buying a house are often when people start thinking about buying life insurance. Now, more than ever, people are more concerned with their financial security. Buying a life policy can be a process that sounds intimidating or confusing – but it’s also very important.

During this Life Insurance Awareness Month, Erie Insurance shares five points to discuss with your agent when buying life insurance for the first time.

A knowledgeable and professional insurance agent can offer trusted guidance when it comes to finding the right life insurance protection at the right price. Life insurance with Erie Family Life offers you the right coverage with flexible options, helping you to build a policy now that is adaptable later.

Women who see healthy food at the top of an online menu are 30 to 40 percent more likely to order it, a Flinders University study has found, with the authors saying menu placement could play a role in encouraging healthier eating. 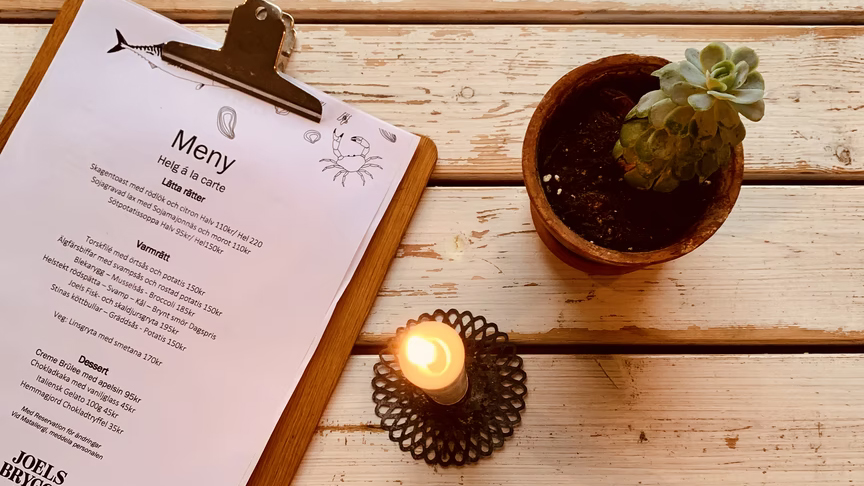 Women who see healthy food at the top of an online menu are 30 to 40 percent more likely to order it, a Flinders University study has found, with the authors saying menu placement could play a role in encouraging healthier eating.

Published in the journal Appetite and led by Flinders University PhD Candidate Indah Gynell, the team investigated where on a menu healthy items should be placed to best encourage people to choose them.

“Previous research has explored menu placement before, but the studies were inconsistent, with some finding placing food items at the top and bottom of a menu increased their popularity, while others suggested that the middle is best,” said Ms Gynell from Flinders’ College of Education, Psychology and Social Work.

“In our study we compared three locations on both printed and online menus, with online being an important addition in the age of food ordering platforms, such as UberEats and Menulog, especially during the pandemic.”

Female participants were chosen as previous research has found that dieting behaviours – likely to impact menu choice – are consistently more prevalent in women.

Participants then chose an item from one of the experimental menus before completing a psychological test that identified their ‘dietary restraint status’; that is whether or not they were actively choosing to restrict their eating habits for the purpose of health or weight loss.

“We found that neither the order of food items, nor participants’ dietary restraint status, impacted whether or not healthy food was chosen in the physical menus,” says Ms Gynell.

“However, for the online menus, we found that participants who saw healthy items at the top of an online menu were 30-40% more likely to choose a healthy item than those who viewed them further down the menu.”

The authors say the finding is important because if added up over time, consistent healthy choices could result in general health benefits at a population level, highlighting why such an intervention could be worth implementing.

“Diet-related illnesses and disease are more common now than ever before, and with a rise in online food ordering it’s important we uncover cost-effective and simple public health initiatives,” says Ms Gynell.

“Changing the order of a menu, which doesn’t require the addition or removal of items, is unlikely to impact profits as consumers are guided towards healthier options without being discouraged from purchasing altogether.

“This means it’s more likely to be accepted by food purveyors and, despite being a somewhat simple solution, has the potential to shape real-world healthy eating interventions.”

The effect of item placement on snack food choices from physical and online menus by Indah Gynell, Eva Kemps, Ivanka Prichard and Marika Tiggemann is published in the journal Appetite.

The researchers found that while the larger portions of vegetables were associated with greater intake, the addition of butter and salt was not. The children also reported liking both versions — seasoned and unseasoned — about the same. About 76% of kids rated the vegetables as “yummy” or “just ok.” 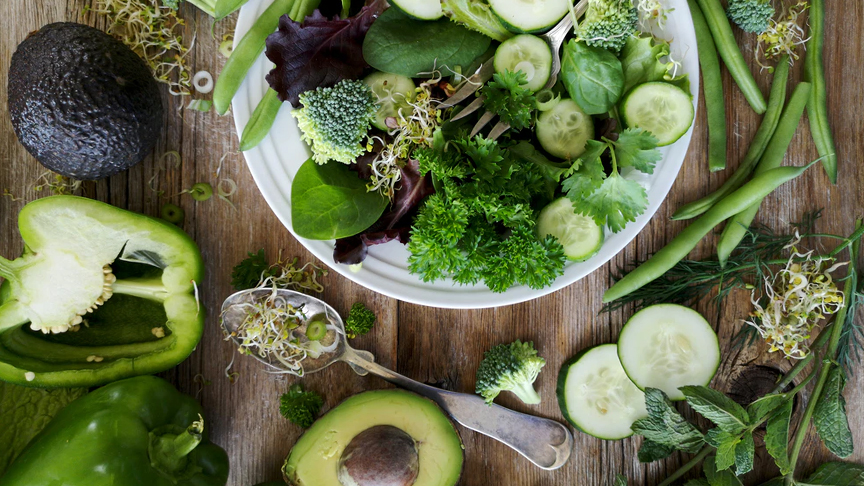 Photo by Nadine Primeau from Unsplash.com

It can be difficult to get young kids to eat enough vegetables, but a new Penn State study found that simply adding more veggies to their plates resulted in children consuming more vegetables at the meal.

The researchers found that when they doubled the amount of corn and broccoli served at a meal — from 60 to 120 grams — the children ate 68% more of the veggies, or an additional 21 grams. Seasoning the vegetables with butter and salt, however, did not affect consumption.

The daily recommended amount of vegetables for kids is about 1.5 cups a day, according to the official Dietary Guidelines for Americans as set by the U.S. Departments of Agriculture and Health and Human Services.

“The increase we observed is equal to about one third of a serving or 12% of the daily recommended intake for young children,” said Hanim Diktas, graduate student in nutritional sciences. “Using this strategy may be useful to parents, caregivers and teachers who are trying to encourage kids to eat the recommended amount of vegetables throughout the day.”

Barbara Rolls, Helen A. Guthrie Chair and director of the Laboratory for the Study of Human Ingestive Behavior at Penn State, said the findings — recently published in the journal Appetite — support the MyPlate guidance from the U.S. Department of Agriculture, which recommends meals high in fruits and vegetables.

“It’s important to serve your kids a lot of vegetables, but it’s also important to serve them ones they like because they have to compete with the other foods on the plate,” Rolls said. “Parents can ease into this by gradually exposing kids to new vegetables, cooking them in a way their child enjoys, and experimenting with different flavors and seasonings as you familiarize them.”

According to the researchers, the majority of children in the U.S. don’t eat the recommended daily amount of vegetables, which could possibly be explained by children having a low preference for them. And while serving larger portions has been found to increase the amount of food children eat — called the “portion size effect” — kids tend to eat smaller amounts of vegetables in response to bigger portions compared to other foods.

For this study, the researchers were curious if increasing just the amount of vegetables while keeping the portions of other foods the same would help increase veggie consumption in kids. They also wanted to experiment with whether adding light butter and salt to the vegetables would increase their palatability and also affect consumption.

During each meal, the vegetables were served alongside fish sticks, rice, applesauce and milk. Foods were weighed before and after the meal to measure consumption.

“We chose foods that were generally well-liked but also not the kids’ favorite foods,” Rolls said. “If you offer vegetables alongside, say, chicken nuggets you might be disappointed. Food pairings are something you need to be conscious of, because how palpable the vegetables are compared to the other foods on the plate is going to affect the response to portion size. You need to make sure your vegetables taste pretty good compared to the other foods.”

After analyzing the results, the researchers found that while the larger portions of vegetables were associated with greater intake, the addition of butter and salt was not. The children also reported liking both versions — seasoned and unseasoned — about the same. About 76% of kids rated the vegetables as “yummy” or “just ok.”

“We were surprised that the butter and salt weren’t needed to improve intake, but the vegetables we served were corn and broccoli, which may have been already familiar to and well-liked by the kids,” Diktas said. “So for less familiar vegetables, it’s possible some extra flavoring might help to increase intake.”

Diktas said that while serving larger portions may increase vegetable consumption, it also has the potential to increase waste if kids don’t eat all of the food that is served.

Planning your holiday getaway this ‘Ber-season? Filipinos are turning to hosting to fund their vacations