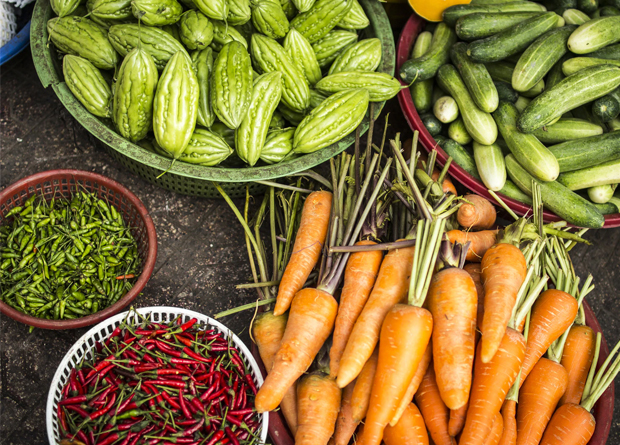 Poverty wage and harsh working conditions are commonplace on the farms and plantations that supply tea, fruit and vegetables to supermarkets such as Whole Foods, Lidl, PLUS, and Aldi South, reveals new research published by Oxfam.

Poverty wage and harsh working conditions are commonplace on the farms and plantations that supply tea, fruit and vegetables to supermarkets such as Whole Foods, Lidl, PLUS, and Aldi South, reveals new research published by Oxfam.

The research, including in-depth interviews with workers in the United States, India and Brazil, shows how the retailers relentless drive to cut costs and maximise profits, is fuelling poverty and the abuse workers in their supply chains.

·         In North Carolina in the United States, workers on sweet potato farms that supply Whole Foods reported working up to 14 hours a day in oppressive heat with few rest breaks and often with no access to toilets. Many say they are paid less than a living wage and are too scared to speak out for fear of losing their jobs.

·         In North East Brazil, researchers found evidence of widespread poverty among harvest workers on grape, melon and mango farms that supply Lidl, Morrisons, PLUS, Sainsbury’s, Tesco, and Whole Foods.  Women with children, who are unable to travel long distances for work elsewhere, said they were forced to rely on relatives or government support to feed their families outside the harvest season. Workers also reported developing allergies and serious skin diseases as a result of working with pesticides and other chemicals without adequate protection.

·         Interviews with 510 workers on 50 tea estates in Assam, India revealed that cholera and typhoid are common as many workers lack access to toilets and safe drinking water. Wages are so low that half the workers questioned receive ‘Below Poverty Line’ ration cards from the government – despite the fact many women tea pickers regularly clock up 13 hours of backbreaking work a day. Aldi South, Lidl, Morrisons, Sainsbury’s, Tesco and Whole Foods source their own brand tea from Assam.

·         A new survey, also published today, of 530 workers on farms, factories, and plantations in the Philippines, Ecuador, Costa Rica, Peru, the US, and the Occupied Palestinian Territories adds to a growing body of evidence that poor wages and abuse is rife across the food sector.  The survey found that three quarters of workers were not paid enough to cover basic needs such as food and housing. Over a third said they were not protected from injury or harm at work and were not able to take a toilet break or have a drink of water when they needed it.

“Supermarkets are snapping up the lion’s share of the price we pay at the till but the workers who toil for hours to grow and harvest tea, fruit and vegetables are paid so little they can’t even feed their own families. This is not work – it is exploitation.”

New analysis by Oxfam reveals that supermarkets are taking an ever-increasing share of the price paid by shoppers – much of which is channelled to already wealthy shareholders and owners.  In Germany and the United States supermarkets capture 87 and 76 percent of the price of a pack of black tea, with just 1 percent accruing to workers on tea estates. Tea workers receive just 2 cents from a packet of Assam black tea that sells for 75 cents in the Netherlands – just 14 cents per pack would be enough to ensure tea workers were paid a living wage.

Supermarkets have increased the share of the price they take from a basket of 12 everyday items from 43.5 percent in 1996/8 to 48.3 percent in 2015. The share going to workers fell from 8.8 percent to 6.5 percent over the same period.

Oxfam’s Behind the Price campaign rates and ranks 16 retailers on how well they are tackling poverty and abuse in their supply chain. The latest assessment, published in July 2019, shows that while some retailers are starting to make changes, progress is patchy and slow and no company is doing anywhere near enough to protect the rights of the people who produce our food.

Supermarkets are under increasing pressure from shoppers and investors to act. For example, 50 investors with assets worth approximately $3.1 trillion released a statement today calling on supermarkets to publish information on where they source their products from and to tackle human rights abuse in their supply chains.

“Supermarkets need to wake up to the damage their buying practices have on workers in their supply chains – or shoppers and investors will find somewhere else to spend their money,” added Byanyima. “Supermarkets need to be open about where they source their products from, ensure their buying practices are not fuelling poverty and abuse; and ensure all workers in their supply chains are treated fairly and paid a living wage.”