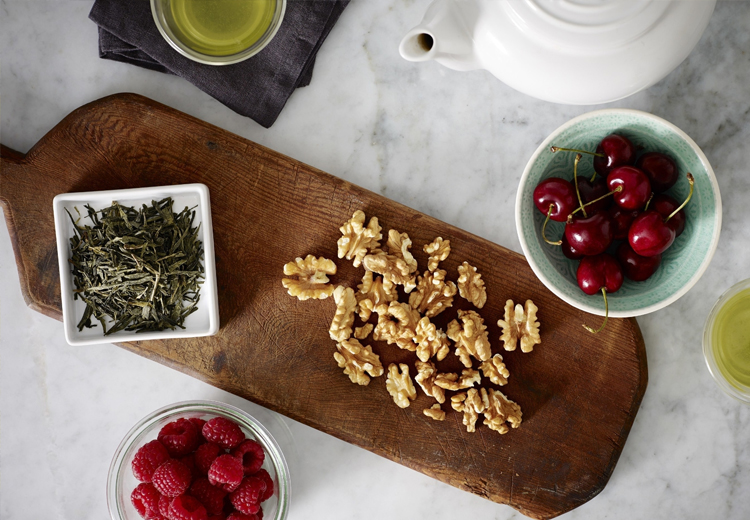 A daily handful of walnuts – and especially in addition to some other healthy foods – may help to offset some of the impacts of the junk-food diets too often consumed by millions of people, new research suggests.

A daily handful of walnuts – and especially in addition to some other healthy foods – may help to offset some of the impacts of the junk-food diets too often consumed by millions of people, new research suggests. 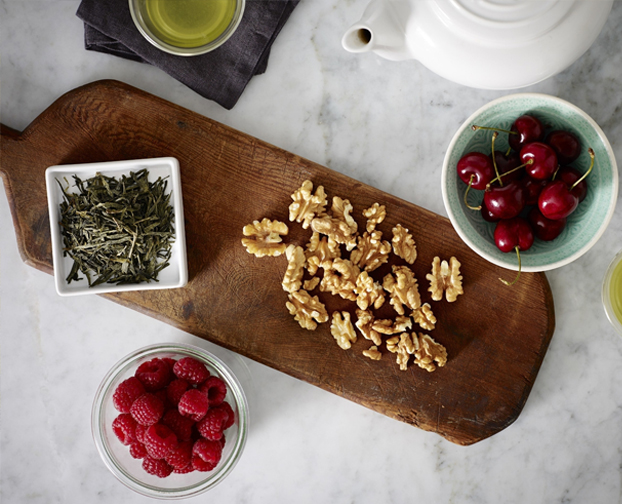 A study done with mice and just published in the Journal of Nutrition found that consumption of walnuts, a known health-boosting food rich in omega-3 fatty acids, had a particular ability to improve the metabolisms of obese mice that were fed an unhealthy, high fat, high-sugar diet.

Adding other healthy whole foods from plants, like raspberries, cherries or green tea, made the effects even more significant.

Neil Shay, in the College of Agricultural Sciences at Oregon State University, said further study is needed, but the findings suggest that eating modest helpings of walnuts together with other whole foods could help lower a person’s risk of heart disease and diabetes.

The mice’s diet was the equivalent of the cheeseburger-fries-and-soda diet that’s contributing to rising obesity among humans, said Shay. Another group of mice received a regular low-fat diet as a control. The study was funded by the California Walnut Commission.

Shay and his team reported that mice eating walnuts had more of the “good” inflammation-reducing fatty acids in their blood at the end of the nine-week study, and much less fat in their livers, than mice that ate the high-fat diet alone.

These health benefits occurred at a reasonable level of consumption, said Shay—the human equivalent of about one and a half servings a day. And the mice didn’t have to slim down. The walnut-fed mice ate just as many calories as their non-walnut-eating counterparts, and they didn’t lose weight.

Walnuts are a good source of alpha-linolenic acid, or ALA, an omega-3 fatty acid that the body needs for normal growth and development. Several studies have suggested that eating foods rich in ALA helps lower risk of heart attack and stroke.

The other foods Shay and his team tested—raspberries, apples, cranberries, tart cherries, broccoli, olive oil, soy protein and green tea—contain other plant chemicals known to benefit human health. The researchers fed each of these, in powdered form, to one of eight subgroups of the walnut-fed mice.

The walnut-fed group as a whole had better scores on key indicators of metabolic health. They had better glucose tolerance, a measure of how efficiently the body uses sugar. Poor glucose tolerance is a precursor to Type 2 diabetes. The mice that got walnuts and also raspberries, apples or green tea had the best glucose-tolerance scores.

The walnut-fed mice also had significantly higher levels of high-density lipoproteins, or HDLs – the so-called good fats – in their blood than those on the high-fat diet alone, and had generally lower levels of the “bad” low-density lipoproteins, or LDLs. The mice that ate walnuts plus cranberries, tart cherries, broccoli, olive oil or soy protein showed the biggest improvements over the non-walnut-fed mice.

When the researchers looked at fat in the liver, they found that the walnut-fed mice had half the liver fat as the mice on the high-fat diet alone. The mice that ate walnuts plus broccoli or green tea had even less fat in their livers. The livers of these mice were nearly as healthy as those of mice in the low-fat control group, Shay said.

The walnut-fed mice also had higher levels of heart-healthy polyunsaturated fatty acids in their livers, and lower levels of the fatty acids that trigger inflammation. In addition, the fat globules in the livers of the walnut-fed mice were smaller than in the livers of the high-fat-fed mice. Bigger fat globules signal a condition called steatosis, in which fat accumulates within liver cells, distorting their structure and impairing their function.

“Even though we did this study in mice and not in humans,” said Shay, “I think it’s safe to say that if you include a serving of walnuts and one or more of these other foods in your daily diet, it would do no harm and might have beneficial effects.”