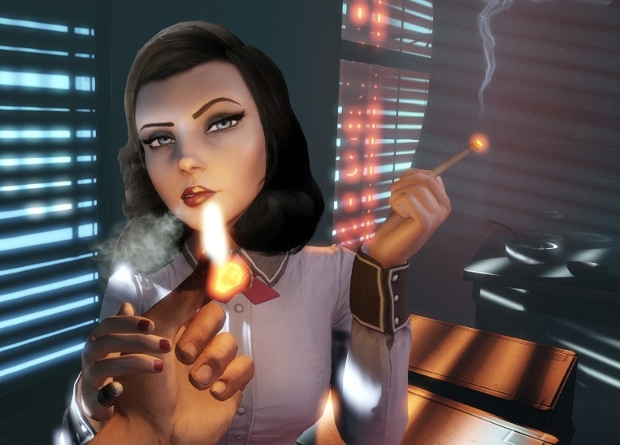 Smoking is prevalent and often glamorized in video games played by youth, according to a new report released today by Truth Initiative. The report, Played: Smoking and Video Games, comes at a time when parents are holiday shopping for their children and a wave of new video games have recently hit the shelves.

Smoking is prevalent and often glamorized in video games played by youth, according to a new report released today by Truth Initiative. The report, Played: Smoking and Video Games, comes at a time when parents are holiday shopping for their children and a wave of new video games have recently hit the shelves.

“The glamorization of smoking in video games is cause for serious concern, particularly because youth spend more time playing video games than going to the movies,” said Robin Koval, CEO and president of Truth Initiative. “Tobacco products are often used by ‘cool’ and ‘strong’ characters, by characters controlled by the players themselves, and are often not reflected in a game’s rating. We hope this report will lead to better awareness of how tobacco images might be influencing kids to smoke. It should also drive the gaming industry to become more transparent in disclosing and describing the potentially harmful content of their games.”

For this report, Truth Initiative commissioned video interviews with 44 teen and young adult “gamers.” All 44 recalled seeing smoking in games on a regular basis. Tobacco use was viewed as making a character “tougher” or “grittier.” Video game content descriptors often fail to mention tobacco use, making it difficult for parents to monitor games for tobacco imagery.

In a 2015 University of California, San Francisco (UCSF) survey, researchers verified tobacco content in 42 percent of the video games that participants reported playing; however, only eight percent of these games had received tobacco warnings from the Entertainment Software Rating Board (ESRB), the gaming industry’s self-regulatory organization that rates video games and apps.

The scientific research on the impact of tobacco use in video games on youth smoking rates is limited. However, published research demonstrates that exposure to smoking in movies increases the likelihood that a young person will begin to smoke. In fact, 44 percent of adolescents who start smoking do so because of smoking images they have seen in the movies.

The relationship between smoking in the movies and youth smoking behavior raises the strong prospect that smoking in video games has a similar influence. Video game characters smoke in best-selling game franchises such as Grand Theft Auto, Call of Duty and Halo. More than 100 million copies of games that feature tobacco use from these franchises have been sold. While all are rated “Mature” (content generally suitable for ages 17 and up), they are played by teenagers nationwide.

Taken together, the following steps will reduce the risk that kids could be influenced by video games to use tobacco:

According to a Common Sense report, playing video games ranks as the second favorite media activity for teens, and 56 percent of teens play video, computer or mobile games on any given day. Those teens who play games average two hours and 25 minutes per day. Overall, teens spend more time per day on average playing video, computer or mobile games than using social media.

Around 3,200 young people try a cigarette for the first time each day and nearly 2,100 youth and young adults become daily smokers. Nearly all smoking initiation occurs before the age of 27, and the younger that someone is when he or she starts using tobacco, the more likely he or she will become addicted. The US Surgeon General estimates that 5.6 million young people alive today will die prematurely from tobacco use.