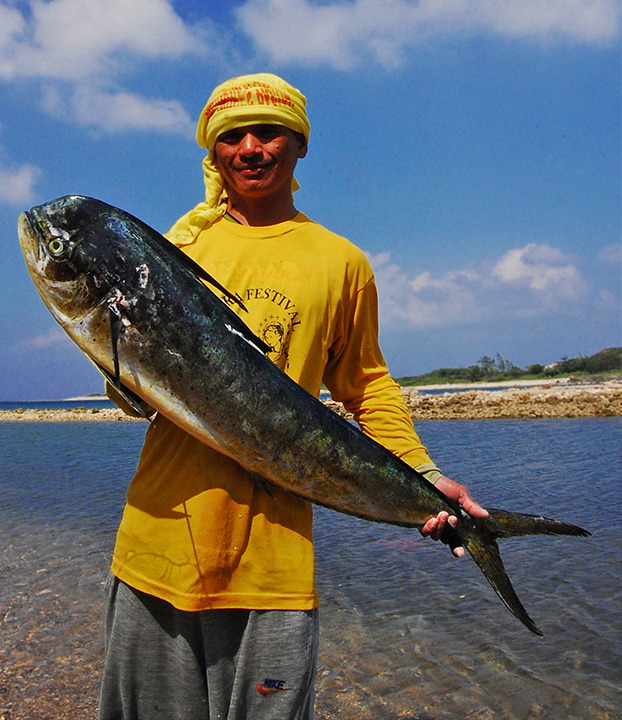 The value of the ocean’s riches rivals the size of the world’s leading economies, but its resources are rapidly eroding, according to a report released by WWF today. The report, Reviving the Ocean Economy: The case for action – 2015, analyses the ocean’s role as an economic powerhouse and outlines the threats that are moving it toward collapse.

The value of the ocean’s riches rivals the size of the world’s leading economies, but its resources are rapidly eroding, according to a report released by WWF today. The report, Reviving the Ocean Economy: The case for action – 2015, analyses the ocean’s role as an economic powerhouse and outlines the threats that are moving it toward collapse.

The value of key ocean assets is conservatively estimated in the report to be at least US$24 trillion. If compared to the world’s top 10 economies, the ocean would rank seventh with an annual value of goods and services of US$2.5 trillion.

The report, produced in association with The Global Change Institute at the University of Queensland and The Boston Consulting Group (BCG), is the most focused review yet of the ocean’s asset base. Reviving the Ocean Economy reveals the sea’s enormous wealth through assessments of goods and services ranging from fisheries to coastal storm protection, but the report also describes an unrelenting assault on ocean resources through over-exploitation, misuse and climate change.

“The ocean rivals the wealth of the world’s richest countries, but it is being allowed to sink to the depths of a failed economy,” said Marco Lambertini, Director General of WWF International. “As responsible shareholders, we cannot seriously expect to keep recklessly extracting the ocean’s valuable assets without investing in its future.”

According to the report, more than two-thirds of the annual value of the ocean relies on healthy conditions to maintain its annual economic output. Collapsing fisheries, mangrove deforestation as well as disappearing corals and seagrass are threatening the marine economic engine that secures lives and livelihoods around the world.

“Being able to quantify both the annual and asset value of the world’s oceans shows us what’s at stake in hard numbers; economically and environmentally. We hope this serves as a call for business leaders and policymakers to make wiser, more calculated decisions when it comes to shaping the future of our collective ocean economy,” said Douglas Beal, Partner and Managing Director at The Boston Consulting Group.

Research presented in the report demonstrates that the ocean is changing more rapidly than at any other point in millions of years. At the same time, growth in human population and reliance on the sea makes restoring the ocean economy and its core assets a matter of global urgency.

“The ocean is at greater risk now than at any other time in recorded history. We are pulling out too many fish, dumping in too many pollutants, and warming and acidifying the ocean to a point that essential natural systems will simply stop functioning,” said Ove Hoegh-Guldberg, the report’s lead author and Director of the Global Change Institute in Australia’s University of Queensland.

Climate change is a leading cause of the ocean’s failing health. Research included in the report shows that at the current rate of warming, coral reefs that provide food, jobs and storm protection to several hundred million people will disappear completely by 2050. More than just warming waters, climate change is inducing increased ocean acidity that will take hundreds of human generations for the ocean to repair.

Over-exploitation is another major cause for the ocean’s decline, with 90 per cent of global fish stocks either over-exploited or fully exploited. The Pacific bluefin tuna population alone has dropped by 96 per cent from unfished levels.

It is not too late to reverse the troubling trends and ensure a healthy ocean that benefits people, business and nature. Reviving the Ocean Economy presents an eight-point action plan that would restore ocean resources to their full potential.

Among the most time-critical solutions presented in the report are embedding ocean recovery throughout the UN’s Sustainable Development Goals, taking global action on climate change and making good on strong commitments to protect coastal and marine areas.

“The ocean feeds us, employs us, and supports our health and well-being, yet we are allowing it to collapse before our eyes. If everyday stories of the ocean’s failing health don’t inspire our leaders, perhaps a hard economic analysis will. We have serious work to do to protect the ocean starting with real global commitments on climate and sustainable development,” said Lambertini.

WWF’s global ocean campaign, Sustain Our Seas, builds on decades of work by the organization and its partners on marine conservation. WWF is working with governments, businesses and communities to encourage leaders to take urgent measures to revive the ocean economy and protect the lives and livelihoods of billions of people around the world.

The complete report can be found at ocean.panda.org.