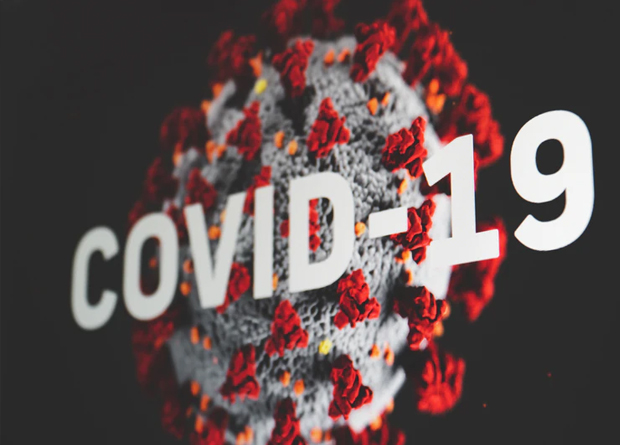 What do we know about the immune response to COVID-19 and how does this differ by age, gender, co-morbidities or other traits? What are the different tests available? How reliable are they? Do the tests show immunity? And do we even know how long immunity to COVID-19 might last.

With promises of antibody tests being rolled out in the next few days, and retailers told not to send home-testing kits as their accuracy is questioned, it is timely to consider what we do and don’t know about these tests. What do we know about the immune response to COVID-19 and how does this differ by age, gender, co-morbidities or other traits? What are the different tests available?  How reliable are they? Do the tests show immunity? And do we even know how long immunity to COVID-19 might last.

What do we know about the immune response to COVID-19?

The immune response to COVID19 can be split into a healthy antiviral immune response or a defective/overactive immune response, which is often implicated in the resulting damage to the lungs and other organs, and then the person can be severely ill. There is a high percentage of patients that get infected with SARS-CoV-2 and do not develop any symptoms, hence the importance of social distancing to protect others since we do not know who can be carrying the virus.

Initially, viral infection switches on antiviral defences. These include interferons and pro-inflammatory cytokines and chemokines, which kill the virus and attract immune cells (neutrophils, monocytes, macrophages and T cells) to the site of infection. The virus enters cells employing ACE2 as a receptor, a protein that is expressed in many cell types and present in the epithelium in the airways.

In the healthy immune response, the innate antiviral defences fight against the virus and virus-specific T cells can later eliminate the infected cells before the virus spreads. Neutralizing antibodies in these individuals can block viral infection, and phagocytic cells such as alveolar macrophages recognize neutralized viruses and apoptotic cells and clear them by phagocytosis. Altogether, these processes lead to clearance of the virus and minimal lung damage, resulting in recovery.

In a defective immune response, there is a hyperactivation of the immune cells in the lungs causing overproduction of pro-inflammatory cytokines (cytokine storm), which eventually damages the lungs. The resulting cytokine storm circulates to other organs, leading to multiple organ damage.

In patients that are severely ill there is a combination of multi-organ damage, increased coagulation and lymphopenia. Researchers are trying to elucidate the mechanisms underlying these responses and the causes for the hyperactivation of the immune response.

Longer-term immunity is acquired through antibodies made by the B cells of the immune system, which stick around in the blood post-infection. These antibodies can bind to the virus, either neutralizing it directly or marking it for destruction by other immune cells. Studies have found high levels of neutralizing antibodies to SARS-CoV-2 in recently recovered patients. This is the principle behind new trials such as those at Guy’s and St Thomas’ Hospitals in which severely ill patients receive plasma from recovered donors. Memory T cells are another source of long lasting immunity and are generated when a person gets infected, remaining in the blood and responding rapidly when re-infection occurs.

How does the immune response differ by age, gender, co-morbidities and other traits?

As we have observed, everyone responds differently to the virus with most healthy, infected people under the age of 65 making a full recovery. However, there is increased severity with age, and if you have an underlying health condition i.e. cardiovascular disease or diabetes. Black and ethnic minorities also seem more affected.

A retrospective, multicentre cohort study has shown old age, being male and cardiovascular disease co-morbidity are risk factors for mortality of COVID19 (Zhou et al. 2020, The Lancet). The most common cardiovascular co-morbidity as a risk factor for mortality is hypertension, followed by diabetes. Moreover, prevalence of hypertension is highest in the elderly population and advanced age remains the strongest predictor of COVID-19 related death.

Because disease severity is due to not only the viral infection but also the host response, older individuals suffer because they have a progressive decline in immune function with increasing age, called immunosenescence.

Another risk factor to disease severity and dying from COVID19 is being male. The reasons for this are currently unclear, but it has been suggested that women may naturally have stronger immune defences than men. Another possibility is that comorbidities associated with poorer prognosis are more common in men.

What are the various antibody test being trialled in labs, and being sold to the public?

With no ‘gold standard’ for antibody testing and an incomplete knowledge of the immunology of COVID-19, it has been problematic to evaluate serologic tests. Several lateral flow immunoassays (similar to a pregnancy test) were initially trialled, with ease of use and affordability weighing heavily in their favour. Several of these have presented high sensitivities and specificities and are available to buy by the public (companies such as Alpha and Blue Horizon). The kits manufactured by Roche and Abbott will shortly be available on the NHS. There is a drive now to test different ELISA platforms including Abbott. ELISA takes longer than lateral flow tests but is quite reliable and is the preferred option for large scale testing.

What are the different ways you administer these tests?

These are all blood tests, and most of them just use a finger prick of blood. The Roche and Abbott tests must be carried out by a doctor and the blood is sent to a laboratory for evaluation. The most commonly used method is to take a blood sample, spin it down in a centrifuge to obtain the plasma serum content of the blood and analyse the presence of antibodies, including neutralising antibodies. Saliva may be another source for antibodies.

Will the antibody test show that the person is immune?

How reliable are the various tests?

The reliability can differ depending on what Ig’s are being detected and how long after you perform the test following testing positive for SARS-Cov-2. The antibody tests available are those that detect the presence of IgM and/or IgG and inform about current (likely in the case of IgM) or previous (IgG) infection with SARS-CoV-2. However, to determine presence of SARS-CoV-2, i.e. if a person is ‘infectious’, PCR remains as the gold standard.

Roche and Abbott have said the level of accuracy for its SARS-Cov-2 antibody test is high, and it was able to distinguish the antibodies from those for closely related coronaviruses, which have been known to produce positive results in tests made by other companies.

What are IgM and IgG antibodies and how do they affect the interpretation of the test?

Immunoglobulin M (IgM) antibodies are usually the first antibody produced by the immune system when a pathogen attacks. A positive IgM test indicates that you may have been infected recently (peaking at day 7-10 post-infection) and that your immune system has started responding to the virus.  When IgM is detected you may or may not still be infected.

Immunoglobulin G (IgG) antibodies develop in most patients within 7 to 10 days after symptoms of COVID-19 begin. IgG antibodies remain in the blood after an infection has passed. These antibodies indicate that you may have had COVID-19 in the recent past and have developed antibodies that may protect you from future infection. Therefore, an IgG antibody test is most reliable as a source of information about previous infection. Tests that combine measurement of IgM and IgG, and therefore do not distinguish between the two, cannot guarantee the presence of IgG antibodies, which are the ones that in theory confer longer immunity and remain in the bloodstream to protect from future infections.

How long does immunity last for?

In patients at least 14 days after discharge from hospital, studies show have high levels of antibody which suggests that their immune system is armed against further attack. Because SARS-CoV-2 has only been around for 6 months, how long the immunity lasts for is unclear. However, if SARS-CoV-2 is like other coronaviruses, like 2002’s SARS 1, or 2012 MERS, then immunity could last for several years. We think that we should err on the side caution because a recent study, by the group of Professor Lia van der Hoek from the University of Amsterdam tested 10 male individuals regularly over a time span of 35 years for four types of coronaviruses, which cause the common cold. Results showed an alarmingly short duration of protective immunity with frequent reinfections at 12 months post-infection and a substantial reduction in antibody levels as soon as 6 months post-infection. It is of note that respiratory viruses are not great at triggering long-lasting immunity.