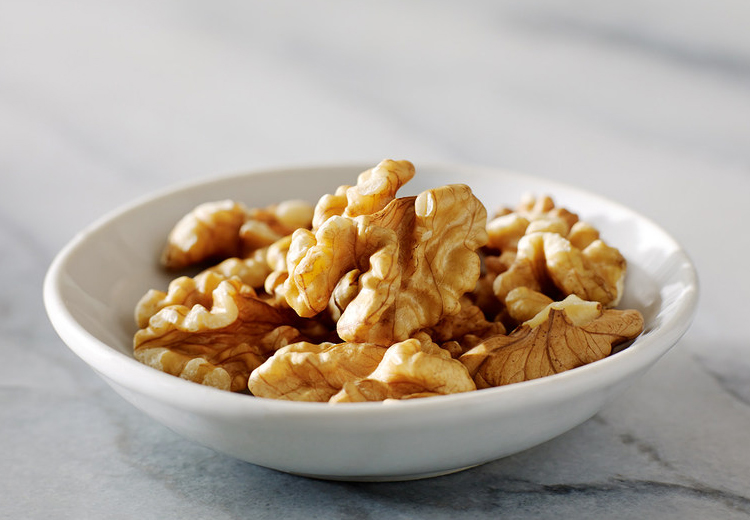 Specific hormones in the body help control appetite. Some hormones are responsible for signaling the body to eat, whereas others tell the body it’s full, or satiated. Research is exploring how foods may reduce hunger or increase satiety by influencing these hormones. These types of hormonal changes could ultimately play a role in achieving optimal body weight.

In this study, researchers looked at physiological hunger and satiety responses by measuring hormone changes, as well as subjective ratings by asking participants to indicate on a scale how hungry or full they were and how much they thought they could eat. Study participants that consumed a diet high in PUFAs had a significant decrease in fasting ghrelin, a hormone that increases hunger, and a significant increase in peptide YY (PYY), a hormone that increases fullness or satiety. Participants saw increases in PYY while fasting and after consuming a meal. These types of hormone changes imply better appetite control. There were no changes in the subjective ratings in either the PUFA-rich diet or the control diet.

“Appetite hormones play an important role in regulating how much we eat,” said lead researcher, Jamie A. Cooper, PhD of the University of Georgia. “These findings tell us that eating foods rich in PUFAs, like those found in walnuts, may favorably change appetite hormones so that we can feel fuller for longer.”

Researchers enrolled 26 healthy men and women (ages 18-35) who visited the lab for measurements and to receive their meals throughout the study. At the beginning of the study, participants were measured and they consumed test meals high in saturated fat. Researchers then placed subjects on a seven-day diet high in PUFAs or a control diet consisting of a typical American eating pattern. The PUFA-rich diet included whole foods such as walnuts, Alaskasalmon, tuna, flaxseed oil, grapeseed oil, canola oil, and fish oil supplements. All meals were provided by the researchers. After the seven-day diet, participants consumed test meals high in saturated fat, again.

Walnuts are unique among nuts because they are primarily comprised of PUFAs, with 13 out of 18 grams of total fat per one ounce serving. As a result, walnuts are the only nut to contain a significant amount of plant-based omega-3 alpha-linolenic acid (ALA) (2.5 grams per one ounce). Research on the health benefits of PUFAs continues to evolve and most recently the 2015-2020 Dietary Guidelines for Americans has recommended consuming this type of fat in place of saturated fat.

As with any research study, it is important to consider the limitations. Larger and longer-term studies, as well as studies in diverse populations, are needed to clarify population-wide effects. In the context of a whole food diet, such as the diet used in this study, it is difficult to discern whether changes seen with the PUFA-rich diet can be attributed to one specific type of PUFA, food source, or a combination of overall dietary factors. More clinical trials are needed to determine the optimal intake of dietary PUFAs to offer the greatest health benefit.

Funding for this research was provided by the California Walnut Commission (CWC). The CWC has supported health-related research on walnuts for more than 25 years. While the CWC does provide funds and/or walnuts for various projects, the actual studies are conducted independently by researchers who design the experiments, interpret the results and write the manuscripts.