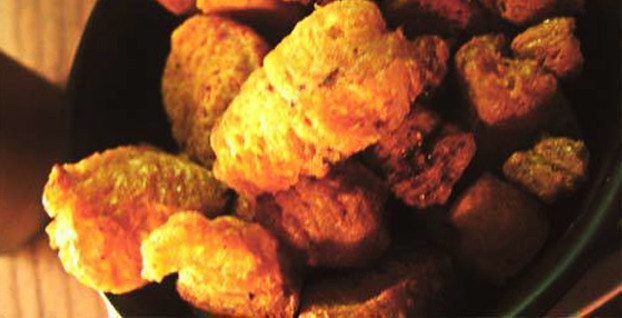 Azotea Greens’ veggie nuggets are among the must-try greener foods, according to PETA.

Greens is tucked amid a garden in a quaint and homey Quezon City home-turned-restaurant. The menu is filled with such vegan favorites as the Greens Vegetarian Barbeque (P75), Barbeque Wrap (P80), Vegetarian Sisig (P140) and Cheesy Soy Sticks (P80). Also try the eggless desserts like the Walnut Caramel Apple Pie and Carrot Cake, and the chocolate cake, described by PETA as “an astounding taste experience that is guaranteed to be the subject of daydreams for weeks to come.”

Owned by Francesca Mabanta, Corner Tree Café’s must-try include: tofu walnut burger (P240), Spinach and Pechay Chowder (P95 for the cup and P150 for the bowl) and a starter plate (P180), a combination of Egyptian dukka and white bean hummus served with chunks of whole wheat bread and vegetable sticks.

PETA recommends the curry (on its own or with noodles), sweet-and-sour nuggets, and the sizzling fillet, which is “so fish-like that it’s almost scary (the seaweed looks and tastes like fish skin).”

For PETA, the “range of tempting options” plus their great service make this place worth visiting. Must-tries are the combo meals with vegetarian versions of steak, tuna, drumsticks, and roast duck, and meat- and dairy-free versions of traditional Filipino fare.

For this venue in the party-island of Boracay, try the the pan-fried tofu, served stir-fry style with beans, asparagus, pechay, and sprouts and topped with peanut sauce and crushed peanuts, and the Pad Thai topped with a sweet tamarind-based sauce and spring onions.

From traditional Pinoy fare and merienda to international cuisine with dishes originating from Seoul, Tokyo to Zurich and Mexico City – this place has it all.

This place’s raw lunch and dinner buffet is beyond satisfying.

This place’s must-tries include: Mexican burritos, pizza, and jambalaya to fresh salads, filling soups, and a variety of sandwiches and vegetarian burgers. PETA suggests asking for the “vegan versions of the spicy bean burger, curried tofu sandwich, or sausage fajitas”; as well as the spicy okra and mango pasta or the exotic shakes in soy coffee, carob, ginger, or fruit flavors.

This place, says PETA, is sure to give you “a true taste of Baguio without all the cholesterol and cruelty to animals.” Try the adobo, afritada, nilaga, kaldereta, ginataan, and the bestseller, mushroom sisig. Finish meals with dairy- and egg-free cookies from Love Bites.

The Making of a Retirement Haven

If you’re new to the sport, gearing up for your first fishing season may feel equally exciting and overwhelming. 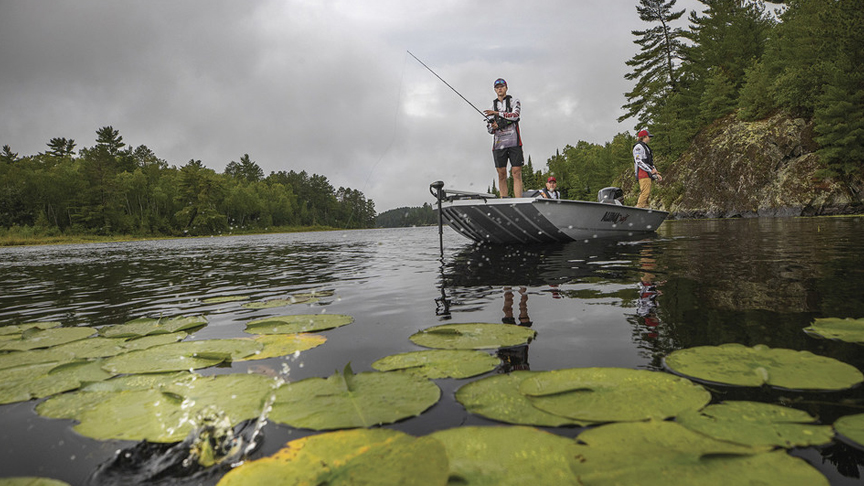 Fishing is a treasured pastime for many, but the experience can be as individual as the person reeling them in. A successful angling excursion begins with thoughtful planning and all the right gear.

If you’re new to the sport, gearing up for your first fishing season may feel equally exciting and overwhelming. On the other hand, a seasoned pro can always benefit from periodically taking stock of tackle, gear and other equipment to increase the thrill of a great catch.

With just a few exceptions, fishing requires a license. Thanks to the internet, a fishing license is easy to come by, even if you’re not a resident of the place where you’ll be dropping a line. Pay close attention to the different types of licenses offered so you’re not vulnerable to fines or penalties. It’s a good idea to store your permit in a waterproof container in a cubby on your boat or in your tackle box.

Unless you’re planning to fish strictly from the shoreline or a bridge, you’ll probably need a boat to reach the best fishing waters. Boat styles vary depending on the species you’re angling for and the body of water you’ll use to drop a line, and dozens of features and options let you customize your experience.

If you’re traveling to a place where you don’t know the locals, online research and area fishing reports can help you pinpoint the best places to find your favorite catch. For those new to the sport, or if you’re branching out to target new species, be sure to do some research and learn from gaming experts about the best tricks for targeting the fish you prefer.

Some elements of a fishing excursion are obvious, like rods and reels, but also be sure your gear includes a well-stocked first aid kit, sunscreen, sunglasses to reduce glare from the water, snacks and water to keep you safely hydrated. Bring plenty of extra line and tackle so you don’t have to call a day short if you snag a favorite lure. Depending on the manufacturer, fishing-specific boats like the Alumacraft multi-species or crossover boats are designed with built-in lockable rod storage and integrated dual aerated, LED-lit livewells for organizing your gear and keeping your catch safe.

Choose a Boat Style for Your Lifestyle

Not all boats are created equal, so knowing how and where you plan to use your boat will help you determine which boat style you need. Consider these options:

Fish and Sport: These models provide maximum flexibility for families that love being on the water fishing or enjoying a day of relaxation, water sports and fun.

Multispecies: Whether you’re looking to catch the next 50-pound muskie or just relax with friends catching panfish, adaptable multispecies boats are designed for all types of deep- or shallow-water anglers.

Hunt and Utility: Tough and easy to transport, these durable multi-purpose boats are built for those who are serious about the outdoors.

Spend more time planning your next fishing adventure at alumacraft.com.

Leisure travel is expected to return first, with consumers optimistic about national distribution of a vaccine and with that an ability to travel again in 2021. 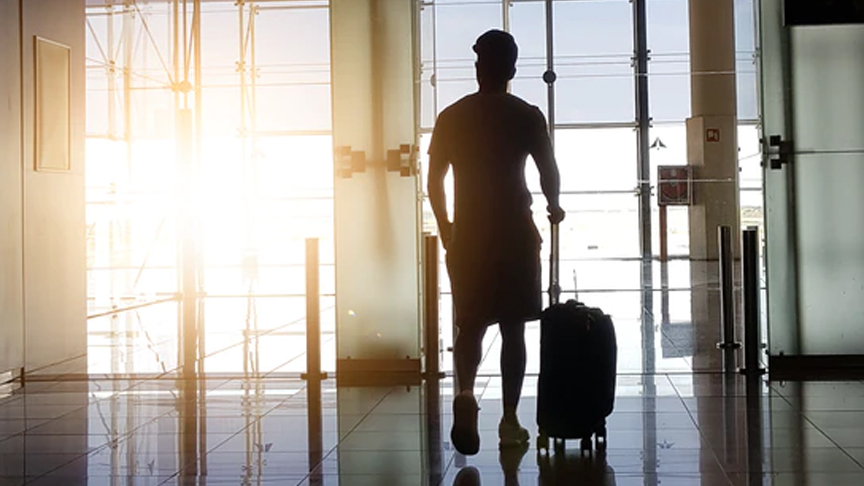 Photo by Edgar Pereira from Unsplash.com

The American Hotel & Lodging Association (AHLA) released “AHLA’s State of the Hotel Industry 2021” outlining the forecasted state of the hotel industry in 2021 and into the immediate future. The report examines the high-level economics of the hotel industry’s recovery, the specific impact on and eventual return of business travel, and consumer travel sentiments.

The pandemic has been devastating to the hospitality industry workforce, which is down nearly 4 million jobs compared to the same time in 2019. While some 200,000 jobs are expected to be filled this year, overall, the accommodations sector faces an 18.9% unemployment rate, according to the Bureau of Labor Statistics. In addition, half of US hotel rooms are projected to remain empty in 2021.

Business travel, which comprises the largest source of hotel revenue, remains nearly nonexistent, but it is expected to begin a slow return in the second half of 2021. Among frequent business travelers who are currently employed, 29% expect to attend their first business conference in the first half of 2021, 36% in the second half of the year and 20% more than a year from now. Business travel is not expected to return to 2019 levels until at least 2023 or 2024.

Leisure travel is expected to return first, with consumers optimistic about national distribution of a vaccine and with that an ability to travel again in 2021. The report found that heading into 2021, consumers are optimistic about travel, with 56% of Americans saying they are likely to travel for leisure or vacation in 2021. While 34% of adults are already comfortable staying in a hotel, 48% say their comfort is tied to vaccination in some way.

The top findings from this report include:

“COVID-19 has wiped out 10 years of hotel job growth. Yet the hallmark of hospitality is endless optimism, and I am confident in the future of our industry,” said Chip Rogers, president and CEO of AHLA.

“Despite the challenges facing the hotel industry, we are resilient. Hotels across the country are focused on creating an environment ready for guests when travel begins to return. AHLA is eager to work with the new Administration and Congress on policies that will ultimately help bring back travel, from helping small business hoteliers keep their doors open to ramping up vaccine distribution and testing. Together, we can bring back jobs and reignite a continued investment in the communities we serve,” said Rogers.

The resurgence of COVID-19, the emergence of new strains, and a slow vaccine rollout have added to the challenges the hotel industry faces this year. With travel demand continuing to lag normal levels, national and state projections for 2021 show a slow rebound for the industry and then accelerating in 2022.

The hotel industry experienced the most devastating year on record in 2020, resulting in historically low occupancy, massive job loss, and hotel closures across the country. Hotels were one of the first industries affected by the pandemic after travel was forced to a virtual halt in early 2020, and it will be one of the last to recover. The impact of COVID-19 on the travel industry so far has been nine times that of 9/11.

Below are a few places travelers can dream of visiting when travel restrictions are lifted. 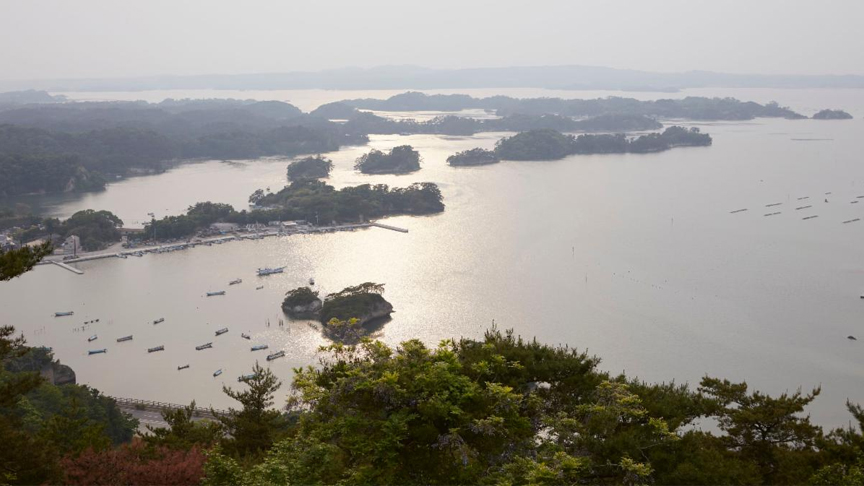 Known as the “Land of Contrasts,” Japan’s Miyagi Prefecture is home to a variety of outdoor activities for travelers to enjoy. From cycling to surfing and even paragliding, Miyagi’s wide range of landscapes has no shortage of opportunities to try something new.

Below are a few places travelers can dream of visiting when travel restrictions are lifted.

With a variety of biking trails to choose from, Miyagi is the perfect place to cycle through paths that stop by some of the prefecture’s most famous sights. For coastal views, Oshika Peninsula offers more than 40 miles of rolling hills and coastal panoramas, including a view of Kinkasan Island, a majestic island home to sacred deer that roam about the island freely. In the countryside, Marumori Loop is a popular cycling spot for locals. The low plains offer excellent views of the mountains, charming villages and rice fields. Experienced bikers can cycle through the mountainous wilderness of Mount Zao. These remote passes are grueling but are totally worth it for the beautiful scenery, secluded hot springs and countryside cafes.

Speaking of Mount Zao, the region is one of Miyagi’s best destinations for outdoor adventures. Skiers and snowboarders can opt to tackle the remote slopes on their own, but a guide is considered essential for anyone not trained in winter mountaineering and acquainted with the terrain of Mount Zao. Luckily, M’s Guide is a winter mountain guide service based at Sumikawa Snow Park and can tailor any outdoor excursion for guests.

For watersports, three-time paragliding national champion Takeshige Yamaya offers tandem paragliding experiences in Matsushima Bay, perfect for travelers to experience one of the Three Most Scenic Spots in Japan. Sendai and even Mount Zao can also be seen from the sky. In Sendai, Barefoot Surf offers a variety of SUP (stand-up paddle boarding) and surfing excursions for any skill level.

Travelers looking to spend the night outdoors can stay at the Fukiage Kogen Campground in Northern Miyagi. The grounds are surrounded by scenic views of mountains and quiet forests. The campground even has its own hot spring, walking trails, pub and plenty of cute goats. While travelers can bring their own equipment, guests can be supplied with all the gear they need with advanced reservations.

TB vaccine may protect newborns against other infectious diseases

Ideas for an on-trend bathroom

5 Ways to help prevent the spread of illness