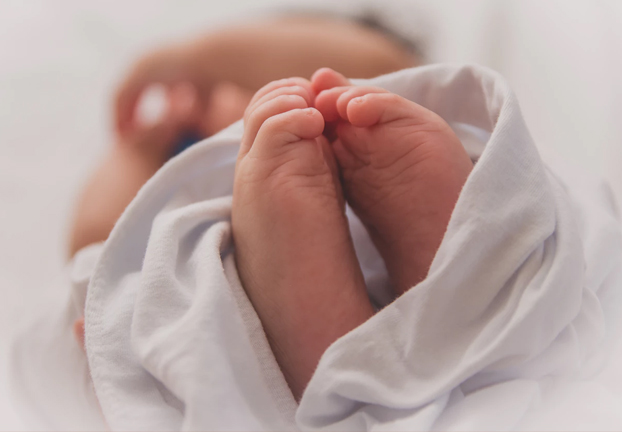 The type of birth defect had a marked impact on the subsequent risk and type of cancer.

People born with major birth defects face a higher risk of cancer throughout life, although the relative risk is greatest in childhood and then declines, finds a study published by The BMJ.

The researchers found a continued increased risk of cancer in people who had been born with both non-chromosomal and chromosomal anomalies, suggesting that birth defects may share a common cause with some forms of cancer, be that genetic, environmental, or a combination of the two.

It is generally accepted that people with major birth defects have a greater risk of developing cancer during childhood and adolescence, but it is less clear whether that risk persists into adulthood, so researchers set out to investigate.

They used health registries in Denmark, Finland, Norway, and Sweden to identify 62,295 people aged up to 46 years who had been diagnosed with cancer and matched them against 724,542 people without a cancer diagnosis (controls) by country and year of birth.

The odds of cancer in people with birth defects was greatest in children aged 0-14 (2.52 times higher) and then declined, but it was still 1.22-fold higher in adults aged 20 or more with major birth defects compared with those without.

In particular, people with congenital heart defects, defects of the genital organs or nervous system, skeletal dysplasia and chromosomal anomalies (too few or too many chromosomes or missing, extra or irregular portion of chromosomal DNA) continued to have a greater risk of cancer in later life.

The type of birth defect had a marked impact on the subsequent risk and type of cancer.

Structural birth defects, such as defects of the eye, nervous system and urinary organs, were associated with later cancer in the same organ or location, although the researchers stress that some of these associations were based on small numbers.

This was a large study using robust Scandinavian national registry systems, but the authors do highlight some limitations. For example, the study only included diagnoses made in the first year of life and confirmed in hospital, so some less visible birth defects may have been missed.

And while factors such as in vitro fertilisation, maternal age and maternal smoking were taken into account, other potentially influential factors, such as parental income or education, could not be adjusted for.

Nevertheless, the researchers say: “Our study showed that birth defects are associated with risk of cancer in adulthood as well as in adolescence and childhood, a finding of clinical importance for healthcare workers responsible for follow-up of individuals with birth defects.”

They point out that surveillance for cancer in children with birth defects has been discussed, but thus far the absolute cancer risk has been regarded as too low.

“The most important implication of our results is to provide further rationale for additional studies on the molecular mechanisms involved in the developmental disruptions underlying both birth defects and cancer,” they conclude.

Few of the associations described in this study suggest that screening is either viable or desirable for most children or adults with birth defects, say US researchers in a linked editorial.

The relation between cancers and birth defects is likely to be complex, they write, and this study did not distinguish between genetic, environmental, and iatrogenic explanations for the observed associations.

As such, they say the clinical implications of this study are limited, but the findings should certainly trigger further research “that may offer important preventive opportunities and identify high risk patient groups for enhanced targeted surveillance.”