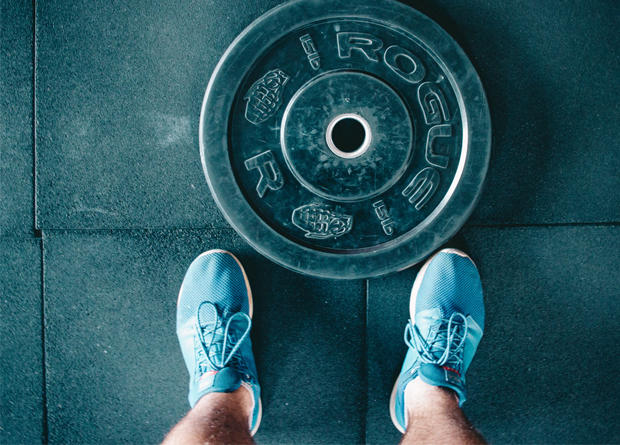 People who are very out of shape when they begin a behavioral weight loss program lose less weight in the long term than those who are more fit.

People who are very out of shape when they begin a behavioral weight loss program lose less weight in the long term than those who are more fit, suggests a new study published in a special supplemental section of the Journal of the Endocrine Society.

“This research could help us improve the design of our weight loss programs and suggests that adults with very poor fitness may benefit from additional exercise support during a weight loss program to achieve higher levels of moderate-to-vigorous physical activity and improve long-term weight loss,” said lead researcher Adnin Zaman, M.D., of the University of Colorado Anschutz Medical Campus in Aurora, Colo.

Researchers examined the relationship between a person’s level of fitness at the beginning of the study and weight loss at the end of an 18-month behavioral weight loss program. The program combined a calorie-restricted diet, group-based behavioral support, and six months of supervised exercise. The study included 60 adults with obesity or overweight. Participants exercised under supervision for the first six months of the study. They progressed to 300 minutes a week of moderate-intensity exercise over the six-month supervised exercise phase. When they completed their supervised exercise, they were advised to continue exercising at the same target for the rest of the study on their own.

The participants wore an armband that measured their activity levels over one week at the beginning of the study, and then for a week during months 6, 12 and 18. Their cardiovascular fitness was measured during a graded exercise test on a motorized treadmill. Participants were divided into two groups: “very poor fitness” and “poor or better fitness.” Twenty (33%) of the adults who completed the 18-month study were classified as having very poor fitness at the beginning of the study, while 40 (67%) were categorized as having poor or better fitness.

Body mass index–a measure of body fat based on height and weight–was higher in those with very poor fitness at the beginning of the study compared with those in the poor or better fitness group. There were no significant differences between the two groups in weight change at 6 or 12 months. At 18 months, however, those in the poor or better category lost nearly twice as much weight as those who had very poor fitness at the start of the study–an average of 18 pounds versus 9.5 pounds.

Those with very poor fitness weren’t able to do as many bouts of moderate-to-vigorous physical activity for at least 10 minutes at a time at the start of the study compared to those in the poor or better fitness group. Both groups increased the amount of moderate-to-vigorous activity they were able to do over the course of the study, but the very poor fitness group was not able to do as much–an average of 24 minutes a day, compared with 42 minutes a day for the more fit group.

Zaman said that the results may be influenced by other factors linked to low fitness that they did not measure. “Future studies are needed to evaluate whether providing additional exercise support or focusing specifically on improving fitness in adults with low levels of fitness would improve weight loss,” she said.