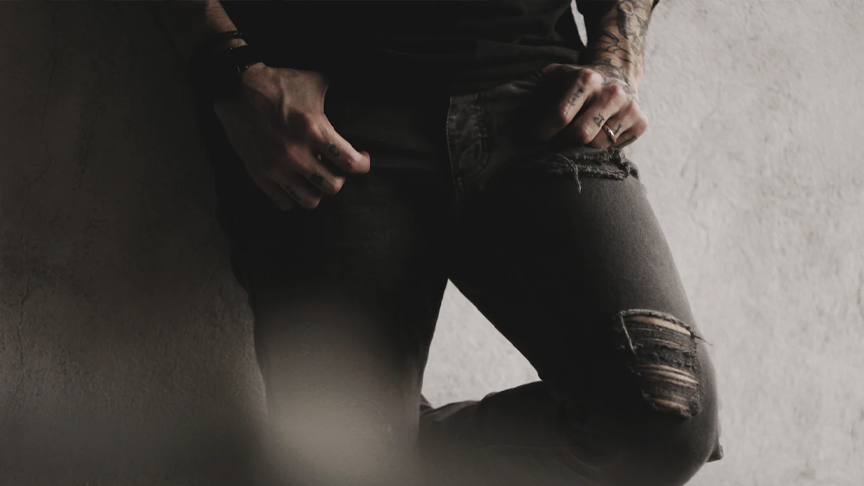 Photo by @felipepelaquim from Unsplash.com

Researchers at the University of Texas Medical Branch have observed that SARS-CoV-2, the virus that causes COVID-19, can infect the testes of infected hamsters. The findings, published in the journal Microorganisms, could help explain symptoms some men with COVID-19 have reported and have important implications for men’s health.

As the pandemic goes on, clinicians continue to report their findings that COVID-19 affects more than just the lungs. Some patients have reported testicular pain and some reports have shown decreases in testosterone, a key hormone produced in the testes. Autopsies have also shown significant disruption of the testes at the cellular level, including the presence of immune cells.

“Given the magnitude of the COVID-19 pandemic, it is critical to investigate how this disease can impact the testes, and the potential consequences for disease severity, reproductive health, and sexual transmission,” said Dr. Rafael Kroon Campos, the study’s lead author and postdoctoral fellow in the laboratory of Dr. Shannan Rossi at UTMB.

The Rossi lab has been studying Zika virus infection in the testes for years and wondered if SARS-CoV-2 could cause a similar disease. Hamsters are commonly used to model COVID-19 in humans since they develop similar signs of disease. Virus was detected in the testes of all infected hamsters during the first week but tapered off. The authors think this may represent what could occur in men with mild to moderate COVID-19 disease.

“These findings are the first step in understanding how COVID-19 impacts the male genital tract and potentially men’s reproductive health,” said Rossi, an associate professor in the Departments of Pathology and Microbiology & Immunology. “We have much more to do before we have the full picture. Moving forward, we will investigate ways to blunt this impact, including using antivirals, antibody therapies and vaccines.”

Future studies also include modeling conditions associated with severe COVID-19, such as pre-existing conditions like obesity and diabetes and SARS-CoV-2 variants of concern, the study authors said.

Changes to daily routines triggered by lockdowns allowed teenagers to follow their biological impulse to wake up and sleep later, reducing daytime sleepiness. 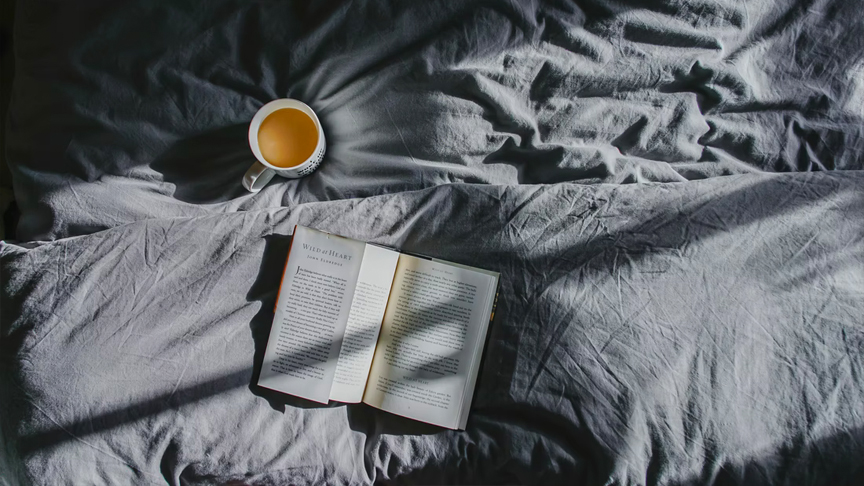 Photo b Toa Heftiba from Unsplash.com

While poor sleep was linked to higher levels of stress during the COVID-19 pandemic, more teens actually obtained the recommended amount of sleep compared to pre-pandemic sleep patterns, according to a new study from McGill University. Changes to daily routines triggered by lockdowns allowed teenagers to follow their biological impulse to wake up and sleep later, reducing daytime sleepiness.

The study, published in Child and Adolescent Psychiatry and Mental Health, explores pre‑pandemic sleep behavior and stress during the COVID-19 pandemic. According to the researchers, encouraging better sleeping habits could help reduce teens’ stress and improve their ability to cope in times of crisis.

“The pandemic has shown that delaying school start times could help and should be implemented by schools interested in supporting the mental health of their students,” says lead author Reut Gruber, a Full Professor in the Department of Psychiatry at McGill University.

During the pandemic, the wake-up and sleep time of teens shifted by about two hours later. Many teens also slept longer and had less of a need to catch up on lost sleep during the weekend.

The elimination of the morning commute, a delayed school start time, and cancellation of extracurricular activities allowed teens to follow their ‘delayed biological rhythm’ – or natural tendency to wake up and go to bed later, the researchers explain.

These changes meant that teens had more ‘useable hours’ during the weekdays to complete their homework and didn’t have to sacrifice sleep to fulfill their obligations during the week. Similar findings have been reported in multiple countries around the world during the COVID-19 pandemic.

The researchers found a connection between the amount of sleep teenagers were getting before the pandemic and their level of perceived stress during the pandemic.

“The tendency of teens not getting enough sleep was already a global concern prior to the COVID-19 pandemic. Now more than ever it’s critical we tackle the problem,” says co-author Sujata Saha, a Principal at Heritage Regional High School of the Riverside School Board. “Across the world the pandemic has increased levels of uncertainty and psychological stress. It’s projected that today’s elevated mental health challenges will continue well beyond the pandemic itself.”

“Not sleeping enough and being overly stimulated before bedtime are poor habits that are modifiable. We can target these behaviors with preventative measures to reduce teens’ stress in the face of overwhelming situations like to COVID-19 pandemic,” says Gruber.

Vision impairment can be one of the first signs of dementia, and reduced stimulation of visual sensory pathways is believed to accelerate its progression. 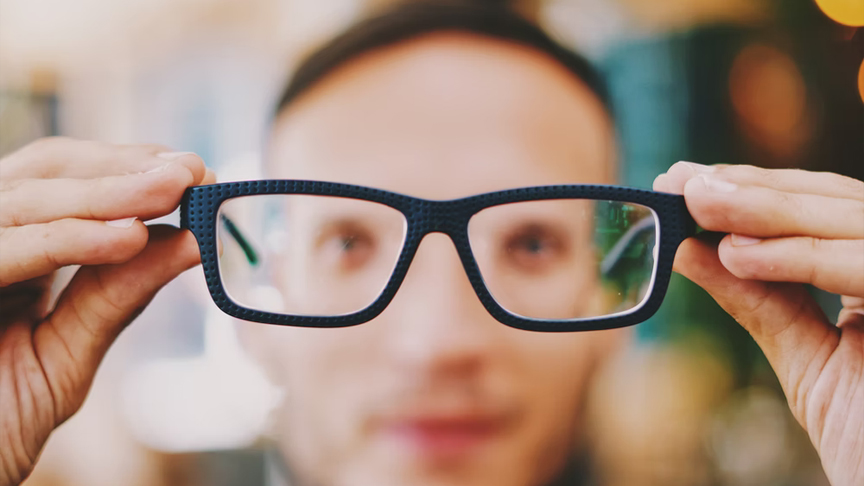 Photo by Nonsap Visuals from Unsplash.com

Age-related macular degeneration, cataract and diabetes-related eye disease are linked to an increased risk of dementia, suggests research published online in the British Journal of Ophthalmology.

Vision impairment can be one of the first signs of dementia, and reduced stimulation of visual sensory pathways is believed to accelerate its progression.

Some small studies have suggested there may be a link between ophthalmic conditions that cause vision impairment – age-related macular degeneration, cataract, diabetes-related eye disease and glaucoma – and cognitive impairment. The incidence of these ophthalmic conditions increases with age, as does the incidence of systematic conditions such as diabetes, high blood pressure, heart disease, depression and stroke, which are accepted risk factors for dementia.

It is therefore unclear whether these ophthalmic conditions are associated with a higher incidence of dementia independently of these systematic conditions, so to investigate, the authors analysed data on 12,364 adults aged 55-73 years enrolled in the UK Biobank study.

Analysis of these data showed that age-related macular degeneration, cataract and diabetes-related eye disease, but not glaucoma, were independently associated with increased risk of dementia from any cause.

At the start of the study, participants were asked whether they had ever experienced heart attack, angina, stroke, high blood pressure or diabetes, and were assessed for depression. Diabetes, heart disease, stroke and depression were all associated with increased risk of dementia.

This is an observational study, and as such, can’t establish cause, and the authors also highlight several potential limitations, mostly related to data capture. They point out that ophthalmic conditions were defined based on self-reported and inpatient record data which was likely to underestimate their prevalence, that medical records and death registers may not have captured all cases of dementia, and that some dementia documented during follow-up may have occurred before eye diseases. 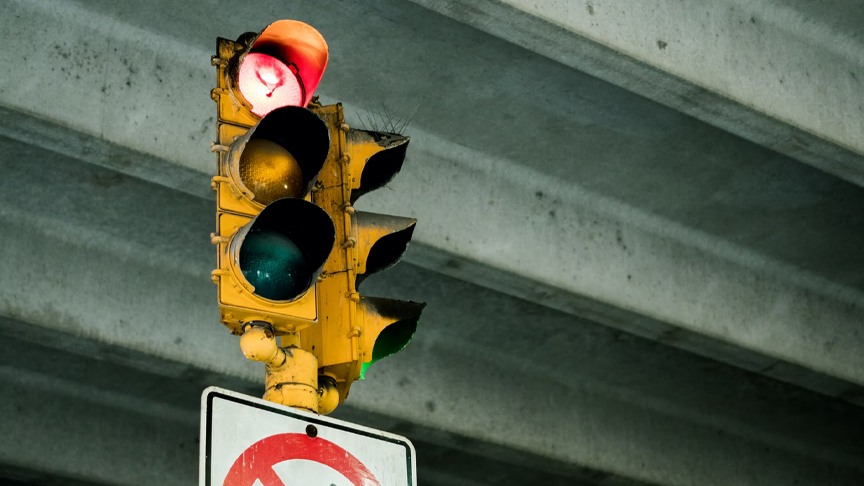 Photo by Hermes Rivera from Unsplash.com

Exposure to noise from traffic on roads and railways over a long period is associated with a higher risk of developing dementia, especially Alzheimer’s disease, suggests a study from Denmark published in The BMJ.

The researchers estimate that as many as 1,216 out of the 8,475 cases of dementia registered in Denmark in 2017 could be attributed to these noise exposures, indicating a great potential for dementia prevention through reduction in traffic related noise.

Worldwide, the number of people with dementia is expected to exceed 130 million by 2050, making it a costly and growing global health crisis. Besides well established risk factors, such as cardiovascular diseases and unhealthy lifestyle, environmental exposures may also play a role in the development of dementia.

Transportation noise is considered the second worst environmental risk factor for public health in Europe after air pollution, and around a fifth of the European population is exposed to transportation noise above the recommended level of 55 dB (decibels).

To address this, researchers investigated the association between long term residential exposure to road traffic and railway noise and risk of dementia among two million adults aged over 60 and living in Denmark between 2004 and 2017.

The researchers estimated road traffic and railway noise at the most and least exposed sides (or façades) of all residential addresses in Denmark.

They then analysed national health registers to identify cases of all-cause dementia and different types of dementia (Alzheimer’s disease, vascular dementia, and Parkinson’s disease related dementia) over an average of 8.5 years.

They found 103,500 new cases of dementia during the study period.

After taking account of potentially influential factors related to residents and their neighbourhoods, the researchers found that a 10-year average exposure to road traffic and railway noise at the most and least exposed sides of buildings was associated with a higher risk of all-cause dementia.

These associations showed a general pattern of higher risk with higher noise exposure, but with a levelling off or even small declines in risk at higher noise levels.

However, only road traffic noise was associated with an increased risk of vascular dementia, and not railway noise.

Possible explanations for an effect of noise on health include release of stress hormones and sleep disturbance, leading to a type of coronary artery disease, changes in the immune system and inflammation – all of which are seen as early events in the onset of dementia and Alzheimer’s disease.

This is an observational study so can’t establish cause, and the authors point to some limitations such as a lack of information about lifestyle habits, which can play a part in a person’s risk of developing dementia, and a lack of information on factors such as sound insulation in homes that might affect personal exposure to noise.

As such, the authors conclude: “If these findings are confirmed in future studies, they might have a large effect on the estimation of the burden of disease and healthcare costs attributed to transportation noise. Expanding our knowledge on the harmful effects of noise on health is essential for setting priorities and implementing effective policies and public health strategies focused on the prevention and control of diseases, including dementia.”

This large and comprehensive study has substantial strengths, but does not present the full picture of possible harm to the ageing brain associated with long term exposure to noise, for example from airports, industrial activities, or occupational exposure, say US researchers in a linked editorial.

Noise might also affect the risk of other chronic disorders such as high blood pressure, through which noise contributes indirectly to dementia risk, they add.

The widespread and substantial exposures to noise worldwide, the severity of associated health consequences, and the limited tools available for people to protect themselves, strongly support the WHO’s argument that “noise pollution is not only an environmental nuisance but also a threat to public health,” they write.

“Reducing noise through transportation and land use programs or building codes should become a public health priority,” they conclude.