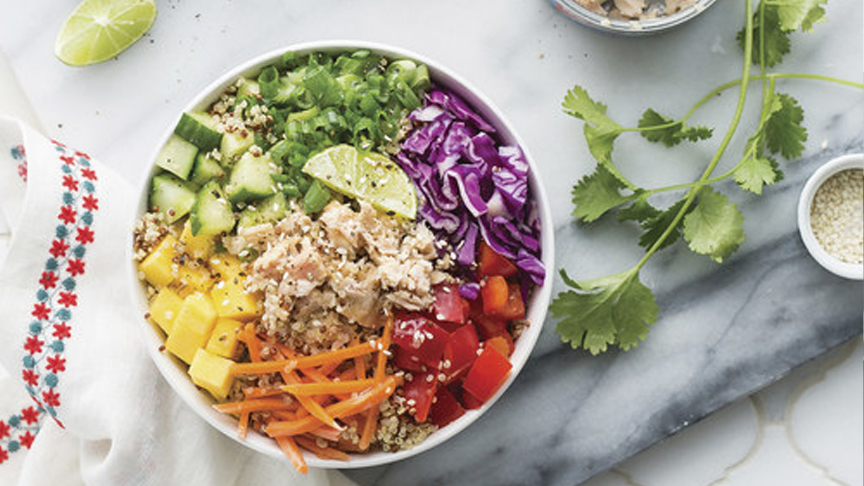 After an extended period of social distancing, this year will be a time for reuniting with family and friends. Picnic get-togethers filled with delicious food are one of the best ways to reunite with loved ones when you’re ready for those long-overdue laughs.

While planning the perfect outdoor gathering can feel overwhelming, it doesn’t have to be. With these simple tips, it can be easy to organize a memorable picnic reunion.

Make it fun. Whether it’s a water balloon toss or a three-legged race, organizing a few games for your guests can be a simple way to reconnect and have fun together. Outdoor games like ring toss and potato sack races or arts and crafts are activities all ages can enjoy.

Reach for pantry staples. No picnic is complete without good food. When planning your menu and packing your cooler, don’t stress. Before you make an extra trip to your local farmers market or grocery store, be sure to check your pantry. You probably already have the makings for simple yet delicious meals and snacks. For example, canned fruits, vegetables and proteins – like wild-caught tuna, salmon and sardines – can help you create and elevate your picnic recipes.

Host an eco-friendly picnic. Good food and good weather help make a successful picnic, but ensuring you leave your space as you found it is equally important. To minimize waste, invest in reusable picnicware, like utensils and plates. Also consider swapping your paper napkins for cloth versions. Not only are they more environmentally friendly, but they’ll also elevate the overall look of your picnic.

No grill, no problem. As more people seek out substitutes for red meat, change up your menu and serve seafood as a delicious alternative. For example, an Albacore Bliss Bowl made with Chicken of the Sea Solid White Albacore Tuna in Water is a versatile choice that can be topped with veggies like cabbage, cucumber and carrot then drizzled with a homemade dressing. Since there’s no cooking required, you can easily prep ahead of time or even on-site. For those taking part in the day’s games and activities, try these Salmon Rollups which make perfect handheld snacks.

For more recipe inspiration while planning your next picnic reunion, visit chickenofthesea.com.

In bowl, combine cream cheese and 1/2 cup salsa until light and fluffy. Stir in salmon, cheese and corn chips.

Spread 1/4 filling to within 1/2 inch of each tortilla edge. Arrange one lettuce leaf over filling. Roll up tortillas and wrap in plastic wrap. Refrigerate 1-3 hours.

To serve, remove plastic wrap, trim ends from rolls and cut each into 3-4 slices. Serve with additional salsa, if desired.

Study: Adding color to your plate may lower risk of cognitive decline

Add powerful pairings to your plate 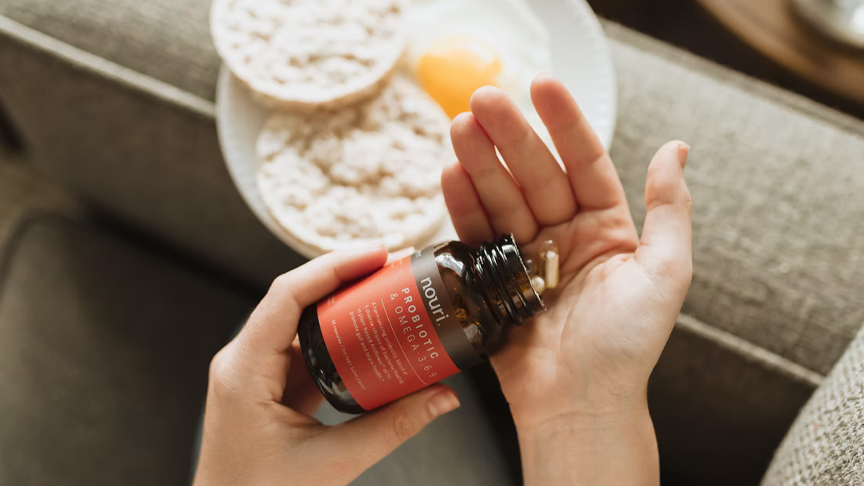 Photo by Daily Nouri from Unsplash.com

Whether it’s from jetting across time zones, pulling all-nighters at school or working the overnight shift, chronically disrupting our circadian rhythm—or internal biological clocks—can take a measurable toll on everything from sleep, mood and metabolism to risk of certain diseases, mounting research shows.

But a new University of Colorado Boulder study funded by the U.S. Navy suggests simple dietary compounds known as prebiotics, which serve as food for beneficial gut bacteria, could play an important role in helping us bounce back faster.

“This work suggests that by promoting and stabilizing the good bacteria in the gut and the metabolites they release, we may be able to make our bodies more resilient to circadian disruption,” said senior author Monika Fleshner, a professor of integrative physiology.

The animal study, published in the journal Brain, Behavior and Immunity, is the latest to suggest that prebiotics—not to be confused with probiotics found in fermented foods like yogurt and sauerkraut—can influence not only the gut, but also the brain and behavior.

Naturally abundant in many fibrous foods—including leeks, artichokes and onions—and in breast milk, these indigestible carbohydrates pass through the small intestine and linger in the gut, serving as nourishment for the trillions of bacteria residing there.

The authors’ previous studies showed that rats raised on prebiotic-infused chow slept better and were more resilient to some of the physical effects of acute stress.

For the new study, part of a multi-university project funded by the Office of Naval Research, the researchers sought to learn if prebiotics could also promote resilience to body-clock disruptions from things like jet lag, irregular work schedules or lack of natural daytime light—a reality many military personnel live with.

“They are traveling all over the world and frequently changing time zones. For submariners, who can be underwater for months, circadian disruption can be a real challenge,” said lead author Robert Thompson, a postdoctoral researcher in the Fleshner lab. “The goal of this project is to find ways to mitigate those effects.”

How a healthy gut may prevent jet lag

The researchers raised rats either on regular food or chow enriched with two prebiotics: galactooligosaccharides and polydextrose.

They then manipulated the rats’ light-dark cycle weekly for eight weeks—the equivalent of traveling to a time zone 12 hours ahead every week for two months.

Rats that ate prebiotics more quickly realigned their sleep-wake cycles and core body temperature (which can also be thrown off when internal clocks are off) and resisted the alterations in gut flora that often come with stress.

“This is one of the first studies to connect consuming prebiotics to specific bacterial changes that not only affect sleep but also the body’s response to circadian rhythm disruption,” said Thompson.

The study also takes a critical step forward in answering the question: How can simply ingesting a starch impact how we sleep and feel?

The researchers found that those on the prebiotic diet hosted an abundance of several health-promoting microbes, including Ruminiclostridium 5 (shown in other studies to reduce fragmented sleep) and Parabacteroides distasonis.

They also had a substantially different “metabolome,” the collection of metabolic byproducts churned out by bacteria in the gut.

Put simply: The animals that ingested the prebiotics hosted more good bacteria, which in turn produced metabolites that protected them from something akin to jet lag.

Clinical trials are now underway at CU Boulder to determine if prebiotics could have similar effects on humans.

The research could lead to customized prebiotic mixtures designed for individuals whose careers or lifestyles expose them to frequent circadian disruption.

In the meantime, could simply loading up on legumes and other foods naturally rich in the compounds help keep your body clock running on time? It’s not impossible but unlikely, they say—noting that the rats were fed what, in human terms, would be excessive amounts of prebiotics.

Why not just ingest the beneficial bacteria directly, via probiotic-rich foods like yogurt?

That could also help, but prebiotics may have an advantage over probiotics in that they support the friendly bacteria one already has, rather than introducing a new species that may or may not take hold.

What about prebiotic dietary supplements?

“If you are happy and healthy and in balance, you do not need to go ingest a bunch of stuff with a prebiotic in it,” said Fleshner. “But if you know you are going to come into a challenge, you could take a look at some of the prebiotics that are available. Just realize that they are not customized yet, so it might work for you but it won’t work for your neighbor.”

The best teas to drink for health

Study after study shows the benefits of drinking tea, essentially verifying what your ancestors believed back in ancient times. The humble tea plant – a shrub known as Camellia sinensis – has long supplied an answer to some ailments. 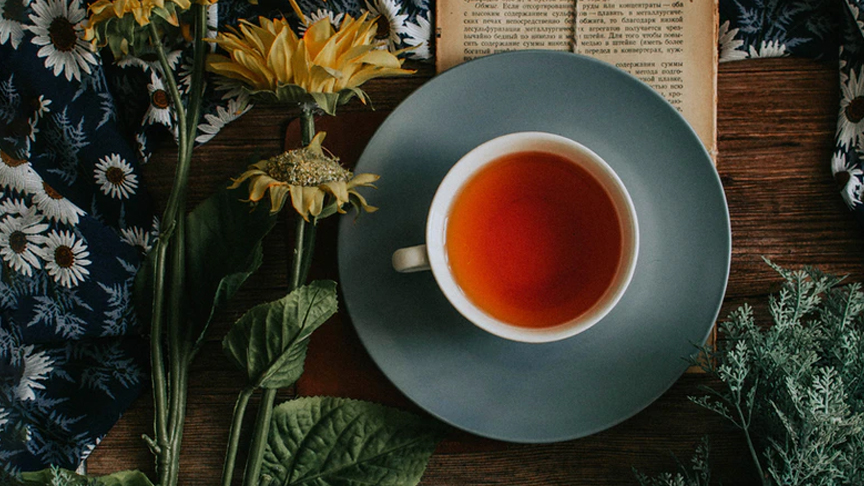 Photo by Loverna Journey from Unsplash.com

While studies have shown the health benefits of drinking tea, the variety of options can be overwhelming. A dietitian from a top American hospital, Cleveland Clinic, explains how different teas offer different benefits.

Beth Czerwony, MS, RD, CSOWM, LD, from Cleveland Clinic’s Center for Human Nutrition with the Digestive Disease & Surgery Institute, says: “Study after study shows the benefits of drinking tea, essentially verifying what your ancestors believed back in ancient times. The humble tea plant – a shrub known as Camellia sinensis – has long supplied an answer to some ailments.”

Here, she discusses which popular teas are advised for common ailments.

“Green tea is the champion when it comes to offering health benefits,” says Czerwony. “It’s the Swiss Army knife of teas. It covers a lot of territory.”

A medical literature review offers a snapshot of those benefits, she adds, linking the consumption of green tea to:

According to Czerwony, the healing power of green tea is linked to catechin, an antioxidant compound found in tea leaves. It helps protect cells from damage caused by out-of-hand free radicals reacting with other molecules in the body.

Ginger also offers proven digestive benefits by helping the body move food from the stomach to continue its digestive tract journey. Speeding up that process works to calm indigestion and ease stomach distress, she explains.

“Ginger relaxes your gut, which can make you a lot more comfortable if you’re having tummy trouble,” Czerwony says.

Alternatively, peppermint tea can also serve as an aid against indigestion. “Peppermint, however, is best for issues lower in your gut. It can actually aggravate higher-up issues such as acid reflux,” she advises.

The anti-inflammatory powers in herbal teas can help loosen airways tightened by conditions such as asthma, says Czerwony. She recommends herbal teas featuring turmeric, cinnamon or ginger as a way to keep the air flowing.

“Menthol packs quite the punch when it comes to fighting a cold – and peppermint tea is packed with menthol,” says Czerwony, “It really kicks up your immune system.”

She says peppermint tea works well to relax sore throat muscles, relieve nasal congestion and even reduce a fever. “It’s also loaded with antibacterial and antiviral properties to give you a healthy boost.”

She also suggests trying echinacea, hibiscus or elderberry tea when someone does not feel well.

The daisy-like chamomile plant contains apigenin, an antioxidant compound and snooze inducer, explains Czerwony. She says apigenin attaches itself to receptors in the brain and works to reduce anxiety, building a peaceful calm that leads to drowsiness.

Valerian root tea also is a good option, she says.

What about black teas?

Black tea offers many of the same benefits as green tea, which makes sense when you consider they’re made from the same plant leaves, says Czerwony.

So why are they different? “Leaves used to make black tea are allowed to age and oxidize, turning them brown or black. Green tea leaves are processed earlier when they’re still green. Hence, the name. Black tea generally has more caffeine than green tea— a key selection factor if you’re concerned about limiting your caffeine intake,” she says.

“There are so many teas to choose from,” concludes Czerwony. “Try different varieties and see what works best for you.”

Select “young” whiskey. If adding ice cubes to give it a chill, you don’t want to dilute aged whiskies. You alternatively can chill whiskey in the refrigerator before drinking. 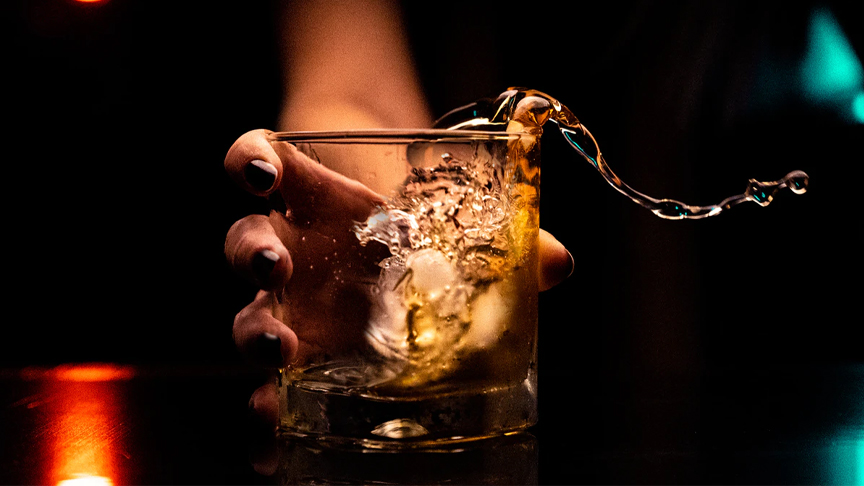 Over the years, whiskey has become increasingly popular and is a beverage people typically drink year-round. Shots Box, an alcohol subscription service offering curated, craft, artisanal, and small-batch spirits, is here with some tips on how to best enjoy whiskey during the summer months.

“As whiskey continues to grow in popularity, there is no better time than the summer to enjoy it,” said J.C. Stock, Chief Executive Officer of Shots Box.