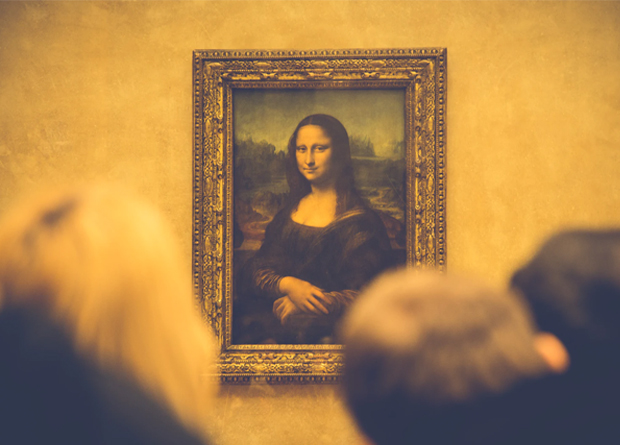 Some legendary artists have equally contributed to our knowledge of the physical world through their artwork, and Leonardo Da Vinci is one such name. The renowned Italian artist of the 15th century was not just a painter, but also an inventor, architect, sculptor, and self-taught scientific philosopher.

Artists are often perceived as ‘madmen’ with their thoughts and ideas swaying way beyond reality into an imaginary realm. This perception often leads us to believe that art seldom contributes to the practical aspects of the physical world, like science, maths, or anatomy.

But some legendary artists have equally contributed to our knowledge of the physical world through their artwork, and Leonardo Da Vinci is one such name. The renowned Italian artist of the 15th century was not just a painter, but also an inventor, architect, sculptor, and self-taught scientific philosopher.

His commendable knowledge of such varied disciplines earned him the title of the “Renaissance man.” Though his paintings have inspired many generations of artists and gained world-wide recognition, his works in other fields still remain highly unrecognized. In this article, we’ll peek into some of the underrated talents that influenced his art and made him the man we know today.

Leonardo was born in 1452 in Tuscany (present-day Italy) as an illegitimate child of an attorney father and a peasant mother. The young boy spent his childhood on his father’s estate in Vinci (the neighboring town that earned him his famous surname) from the age of 5.

Vinci had close affiliations with his uncle, who had a high inclination towards abstract things, including nature, which Vinci later shared. Many historians point out that the illegitimacy of his birth actually played a huge role in his transformation into an artist.

If Leonardo were born within wedlock, he would most probably grow up to carry on his father’s business. However, since he could not inherit his father’s legal title, he had much more freedom to explore his interests in art and science.

Beginning of His Career

Leonardo’s father recognized and appreciated his artistic talents early on. He even sent him on an apprenticeship under renowned sculptor and painter Andrea del Verrocchio, of Florence. Vinci spent 10 years refining his mechanical art and sculpting techniques and became an independent master in 1478.

In 1480, he began his first commissioned work called ‘The Adoration of the Magi’ for a Scopeto monastery. But it remained incomplete due to his moving to Milan to work as a sculptor for the Sforza clan, where he created a 16-feet tall statue of the dynasty founder.

Only a few of Da Vinci’s splendid artworks survived to date, particularly because his total output as an artist was not quantitatively big, to begin with. Out of the handful of his surviving masterpieces, two have gained recognition all around the world- The Last Supper and MonaLisa.

Inarguably one of the most easily recognizable and iconic works of Da Vinci, this painting doesn’t rest in a fancy museum. As if clinging on to its rich past, The Last Supper resides right where Vinci painted it- Santa Maria Delle Grazie Refectory dining hall.

The painting describes what’s called ‘the moment of epic betrayal’ in Christianity when Judas exposes Christ, who is then arrested and crucified. Da Vinci’s portrayal of the scene looks so realistic because of the excellent display of emotions. The characters in his painting seem to be interacting with one another, and Vinci has done a splendid job in recreating the atmosphere.

There’s hardly anyone young or old, irrespective of their interests, who hasn’t heard of or recognizes the masterpiece that is MonaLisa. Painted in the early 16th century, MonaLisa is a marvelous depiction of a woman with a mysteriously engaging smile.

The subject of the painting still remains unknown to many. Historians in the past believed that the painting depicts Mona Lisa Gherardini, a courtesan. However, contemporary scholars claim that it was Lisa del Giocondo, wife of a Florentine merchant.

Even after five hundred years after its creation, MonaLisa carries an air of mystery around it with its ambiguous, yet comforting smile. Da Vinci has skillfully portrayed not one but many emotions through this painting, which are privy to our own projections.

His Philosophy of Interconnectedness

Da Vinci saw art as another facet of science, which reflected in many of his works. He was so immersed in diverse interests, from astronomy to anatomy that he spent less time painting and more in exploring these domains. He kept a notebook of his ideas, scientific experiments, theories, and discoveries.

Such was his brilliance that through the power of his imagination, he had invented (at least on paper) the precise designs of a bicycle and the airplane. But being an artist, his scientific ideas were not recognized in those times as people saw art and science as polar opposite domains.

Scholars today marvel at the expanse of his thoughts, which were way ahead of his time. Da Vinci has contributed significantly towards building the perception of art as an integral facet of science, and vice versa. One could go on and on about the epitome of genius that Da Vinci was. But the essence of an artist can only ever be understood through his works.

Now, buying Mona Lisa itself or flying to Paris to see her smile every day is practically not feasible. But you can always get your hands on a fine reproduction of Da Vinci’s works made by experienced artists of 1st-Art-Gallery. After all, any attempt to explain his contribution to art is fruitless until you’ve actually immersed yourself in his works.