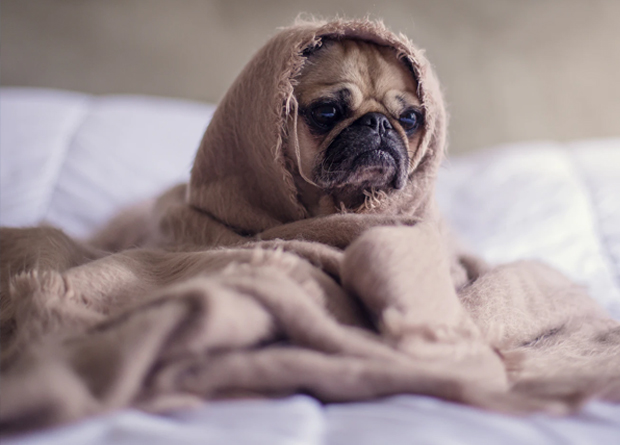 The living environment also appears to make a difference, as dogs that live in urban environments were observed to be more fearful than dogs living in rural environments.

Fearfulness is one of the most common behavioral disorders in dogs. As an emotion, fear is a normal and vital reaction that helps individuals survive in threatening circumstances. When the fearfulness is excessive and disturbs the dog’s life, it is referred to as a behavioral problem. Excessive fearfulness can significantly impair the dog’s welfare, and it is also known to weaken the relationship between dog and owner.

Social fearfulness in dogs is particularly associated with fearfulness related to unfamiliar human beings and dogs. At the University of Helsinki, risk factors predisposing dogs to social fearfulness were investigated with the help of a dataset pertaining to nearly 6,000 dogs. The dataset was selected from a larger set of data, a behavioural survey encompassing almost 14,000 dogs.

Based on the survey, inadequate socialization of puppies to various situations and stimuli had the strongest link with social fearfulness. The living environment also appears to make a difference, as dogs that live in urban environments were observed to be more fearful than dogs living in rural environments.

“This has not actually been previously investigated in dogs. What we do know is that human mental health problems occur more frequently in the city than in rural areas. However, further studies are needed before any more can be said about causes pertaining to the living environment,” says Jenni Puurunen, a postdoctoral researcher at the Faculty of Veterinary Medicine, University of Helsinki.

Supporting prior research evidence, social fearfulness was demonstrated to be more common among neutered females and small dogs.

Alongside size and gender, activity is another factor associated with fearfulness. Fearful dogs were less active than bolder ones, and their owners also involved them in training and other activities significantly less often. Professor Hannes Lohi from the University of Helsinki speculates whether this is a cause or consequence.

“Activity and stimuli have already been found to have a positive effect on behaviour, in both dogs and humans. Of course, the lesser activity of fearful dogs can also be down to their owners wanting to avoid exposing their dogs to stressful situations. It may be that people just are not as active with fearful dogs,” Lohi points out.

Furthermore, significant differences between breeds were identified in the study. Spanish Water Dogs and Shetland Sheepdogs expressed social fearfulness the most, while Wheaten Terriers were among the bravest breeds. The Cairn Terrier and the Pembroke Welsh Corgi expressed only little fearfulness towards other dogs.

“Differences between breeds support the notion that genes have an effect on fearfulness, as well as on many other mental health problems. This encourages us to carry out further research especially in terms of heredity. All in all, this study provides us with tools to improve the welfare of our best friend: diverse socialisation in puppyhood, an active lifestyle and carefully made breeding choices can significantly decrease social fearfulness,” Lohi sums up.

Professor Lohi’s group investigates the epidemiology of canine behavior, as well as related environmental and genetic factors and metabolic changes.