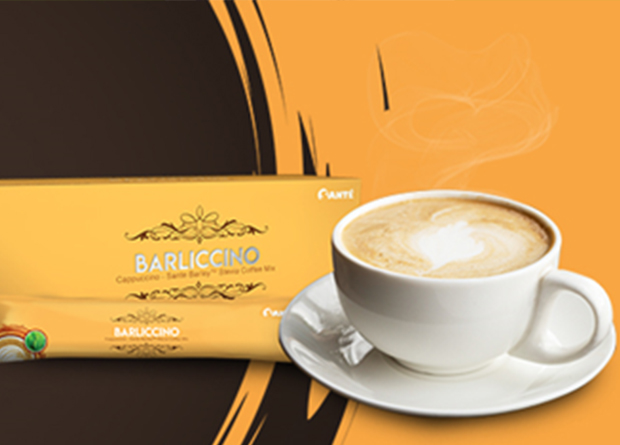 The rainy days are here! While everyone would find these days cozy, the bed weather can be a little challenging, particularly on a workday. Admittedly, rainy days never fails to make you want to go back to sleep and forget about being productive.

A warm hug, though, from a cup of coffee can help you make the day right, especially if it has that sweet, toasty taste that can make you feel like you are sipping the cappuccino you love from a coffee shop. Unfortunately, getting that same cup of embrace is not that convenient these days.

With some areas still under lockdowns and community quarantines (CQ), access to coffee shops is currently limited and, sometimes, restricted. Everyone is also encouraged to stay at home amid the pandemic so, buying your favorite coffee, even from a nearby shop, might be a hassle and more pricey than usual due to added delivery fees.

But what if you can get your cup of warm hugs right at home, or wherever you may be, anytime you want?

So, what’s brewing? It’s the new Barliccino, a cappuccino plus Santé Barley Coffee Mix that offers a healthier and tastier choice than your usual pricey “coffee-shop” brew. As the latest coffee drink mix from Santé, a provider of premier organic health and wellness products and services, Barliccino brings the coffee-shop quality experience in an instant, wherever you are.

Each cup of Barliccino is a foamy, delicious, and comforting escape to the real cappuccino goodness. It’s the perfect blend of Santé Barley grass that balances the cappuccino’s sweetness with subtle earthy notes that is sure to be a pleasure to one’s tastebuds. One cup of this goodness will surely perk you up to productivity. Let a cup of Barliccino hug you with comfort and warmth, especially on rainy days or whenever you are loaded with work.

Barliccino is mostly sweetened using Stevia, a natural substitute for sugar, derived from the leaves of a small perennial green shrub. In every cup of Barliccino, there is only a minimal amount of sugar (1.63 grams), a lot lesser compared to a regular instant coffee’s sugar content, which is around 12 to 15 grams per serving. It also has low-calorie content (52 calories) and contains non-dairy creamer—truly,  a healthier alternative!

What’s more is that Barliccino is infused with the goodness of organic pure barley grass from Santé, known to be certified by BioGro, New Zealand’s leading organic certification agency. It makes Barliccino a healthier choice since barley grass is an effective antioxidant and is rich in vitamins and minerals that can help detoxify the body and aid in keeping the digestive and immune system healthy.

“Everybody deserves a coffee break. With our new Barliccino, we want to make your day, especially with the comfort and warmth you can get, with every cup. We made sure that Barliccino is handy and easy to prepare, so you can have your coffee-shop experience in an instant, anytime and anywhere,” said Joey Marcelo, CEO of Santé.

Barliccino is just one of the many products offered by Santé, which aims to help everyone live more and do more. The company has been providing premier organic health and wellness products and services, including its flagship, Santé Barley.

Why you should use a shower filter

To answer today’s growing need for better safeguards, Allianz PNB Life, one of the major life insurers in the Philippines championing sustainability, has launched Allianz Shield. 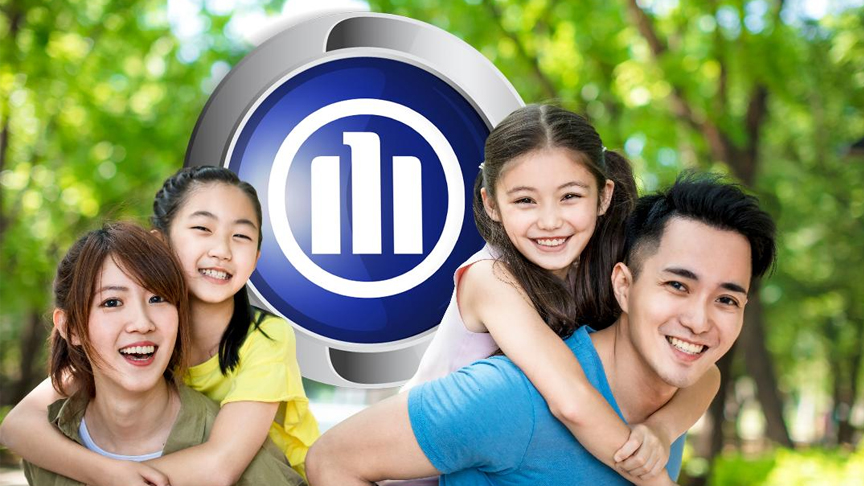 The COVID-19 pandemic has been the most challenging and life-changing event for today’s generation. Some have lost their jobs, while others have lost their lives. Needless to say, this health crisis has underscored the need for people’s safety and protection from the unexpected.

To answer today’s growing need for better safeguards, Allianz PNB Life, one of the major life insurers in the Philippines championing sustainability, has launched Allianz Shield, a regular pay, unit-linked insurance plan that protects policyholders against unexpected situations, such as the diagnosis of a critical illness or accidental death and dismemberment. It covers at least 10 times the annual premiums depending on the insured’s age upon application, for as low as PHP 15,000 annually.

“The previous year showed that many Filipinos are vulnerable to health and financial crises. Not everyone has a backup plan in times of need. And unfortunately, many have been challenged economically because of the domino effect of COVID-19,” said Allianz PNB Life Chief Marketing Officer Gino Riola. “With Allianz Shield, we want to make sure the unexpected expenses are taken care of as well.”

Allianz Shield also comes with a Loyalty Bonus, giving funds a boost every five years, as long as the policy remains in force and your premiums are paid regularly.

Additionally, Allianz Shield also offers a complimentary Life Event Benefit Rider, which credits back to the policyholder a part of the insurance charges you have paid, in the event of marriage, birth of a child, demise of a family member, involuntary loss of employment, divorce, or separation.

Dapagliflozin, a medicine developed by British-Swedish pharmaceutical company AstraZeneca, is now approved in the Philippines for the treatment of adult patients suffering from heart failure. 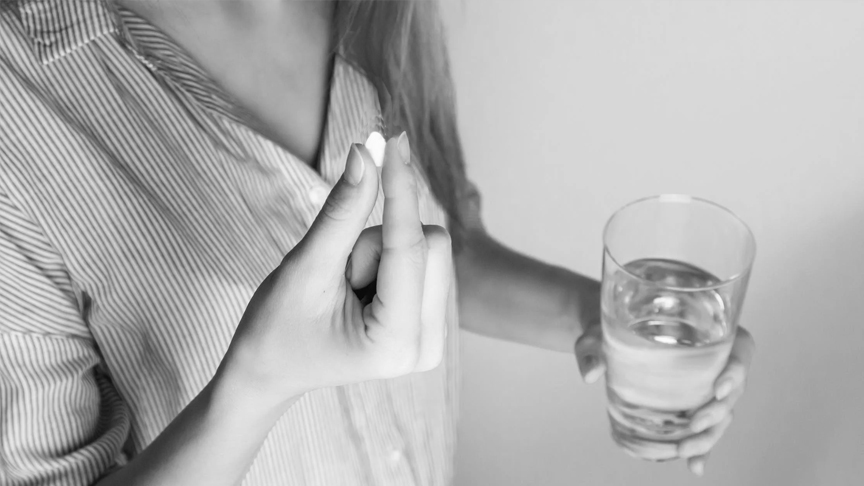 Dapagliflozin, a medicine developed by British-Swedish pharmaceutical company AstraZeneca, is now approved in the Philippines for the treatment of adult patients suffering from heart failure with reduced ejection fraction (HFrEF) to reduce the need for hospitalization and risk of mortality.

With the approval, Dapagliflozin is the first and only drug under the sodium glucose transport protein 2 inhibitor (SGLT2i) class approved to treat heart failure in adult patients with reduced ejection fraction. It is the only SGLT2i proven to significantly prevent cardiovascular death and death due to other causes in these heart failure patients.

In a virtual discussion hosted by AstraZeneca Philippines, experts from the Philippines and around the world talked about the latest medical development and treatment for heart failure.

According to Dr. Erlyn Demerre, chair of Heart Failure Program at St. Luke’s Medical Center in Quezon City, heart failure is dominating the cardiovascular landscape not just in the Philippines but globally. It is considered a global pandemic affecting a lot of people worldwide and it is increasing in prevalence.

Global data show that the overall known prevalence rate of heart failure is three to 20 patients per 1,000 population although this exceeds a 100 per 1,000 in those age 65 years and over. The annual incidence of heart failure is one to five per 1,000 and the relative incidence doubles for each decade of life after the age of 45, and that in one in three die within a year and one out of four are re-admitted in a hospital in 30 days with much morbidity and poor quality of life.

“It is still an ongoing pandemic. Much work has been put into the study of heart failure and we are definitely on a better position in the diagnosis and management of heart failure now. But, ironically, despite medical management and significant advance in therapies and prevention, heart failure is still a major and increasing burden all over the world with high mortality and morbidity and poor quality of life,” said Demerre.

Lotis Ramin, country president at AstraZeneca Philippines, relayed that nine out of 10 patients are symptomatic even with current heart failure standard of care (SoC), and nearly one-third or one out of three patients suffering from heart failure with reduced ejection fraction are at risk of hospitalization which increases the risk of mortality.

Professor David Sim, president of the Heart Failure Society in Singapore, noted that nine million people in Southeast Asia have heart failure with an overall 15% mortality rate. However, pharmacological options for heart failure have increased over the last decade and guideline-directed heart failure pharmacotherapy cumulatively reduced mortality by 76%.

Sim emphasized that “the approval of Dapagliflozin for the treatment of HFrEF in the Philippines is a major step forward in the battle against the disease burden of heart failure. Together with the current standard of care, Dapagliflozin will contribute further to a lower mortality, less hear failure hospitalization and importantly a better quality of life for patients suffering from heart failure.”

In his presentation on Dapagliflozin and Prevention of Adverse-outcomes in Heart Failure Trial (DAPA HF) Trial: A New Era in Heart Failure Management, Professor Piotor Ponikowski of the Heart Failure Association of the European Society of Cardiology cited that “heart failure is becoming a preventable and treatable diseases, with medication that allows patients to live longer and live better outside of hospital.”

With the confirmation of Dapagliflozin as a medication to treat adult persons suffering from heart failure with reduced ejection fraction, Ramin said “we hope this development and Dapagliflozin life-saving efficacy can transform the heart failure standard of care.”

Valentine’s Day is a holiday where couples reenter the honeymoon stage of their relationship by spending the whole day showering each other in love and gifts. 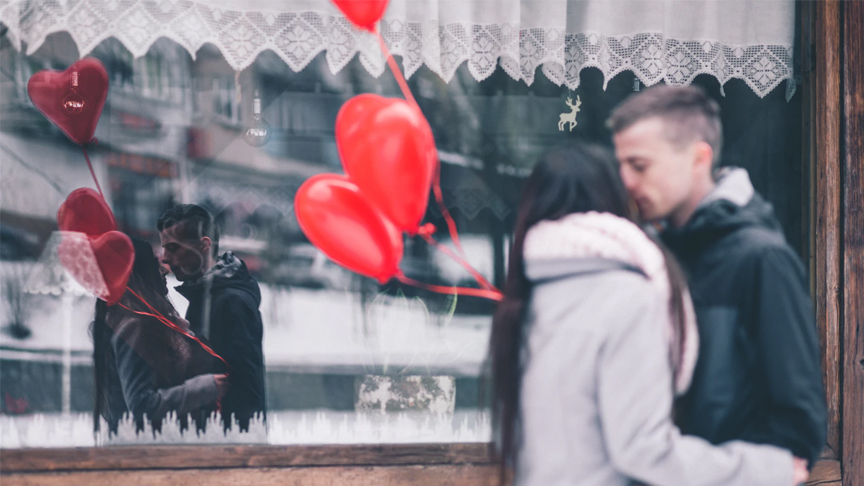 Photo by @freestocks from Unsplash.com

The most romantic day of the year is coming up next month, so Dating.com, part of the Dating Group and the company behind numerous online dating sites, released tips for celebrating Valentine’s Day from home this year as well as the absolute worst gifts to get your valentine.

Just like recent holidays that passed, Valentine’s Day is going to look a little different this year. A majority of couples will be spending the day at home rather than in a public place such as the movies or a favorite restaurant, but that doesn’t mean the holiday day will not be special.

Dating.com has shared below some fun and romantic at home date ideas to celebrate with your love.

“Valentine’s Day is a holiday where couples reenter the honeymoon stage of their relationship by spending the whole day showering each other in love and gifts,” says Maria Sullivan, Dating Expert and Vice President of Dating.com. “However, because this year everyone will be celebrating a little different, we wanted to make sure that we shared some fun date ideas that couples can do from the comfort and safety of their homes. Additionally, with most activities off the table, fun gifts are more important than ever, so it is crucial to put a lot of thought into what you are getting your partner to show them how much you care for them. It is also important to remember that no matter where you are celebrating the holiday, the best part is who you are spending it with.”

Last Valentine’s Day, Dating.com reported the worst gifts their users were ever given which included a used candle and a card themed for the wrong holiday. With an entire year gone by, Dating.com resurveyed its users to discover 78% have received gifts that they didn’t really enjoy. Surprising presents include:

Although the previously mentioned gifts aren’t the best, there are some gifts that one should avoid entirely when thinking about what to get their significant other this Valentine’s Day. Those gifts are as following:

TB vaccine may protect newborns against other infectious diseases

Ideas for an on-trend bathroom

5 Ways to help prevent the spread of illness