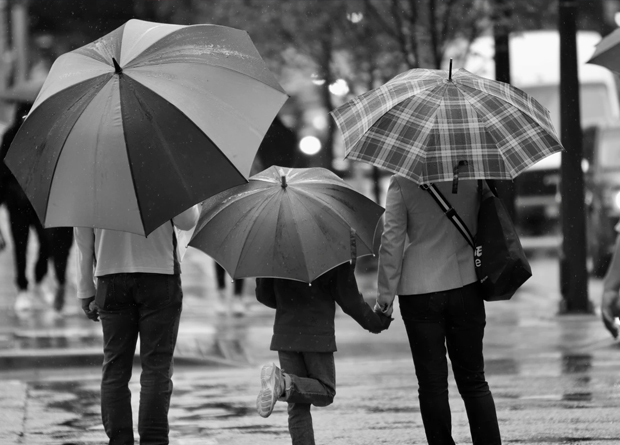 A primary care-based intervention to promote parent-teen communication led to less distress and increased positive emotions among adolescents, as well as improved communication for many teens.

A primary care-based intervention to promote parent-teen communication led to less distress and increased positive emotions among adolescents, as well as improved communication for many teens, according to a new study by researchers at the Center for Parent and Teen Communication at Children’s Hospital of Philadelphia (CHOP).

The findings, which were published in The Journal of Pediatrics, highlight the potential impact of engaging parents in the primary care setting to improve parent-teen communication, which could lead to better adolescent health outcomes.

“These findings underscore the promise of this parent-directed intervention delivered in primary care to promote parent-teen communication and adolescent health outcomes,” said Victoria A. Miller, PhD, a psychologist and Director of Research in the Craig-Dalsimer Division of Adolescent Medicine at CHOP and first author of the study. “Given the evidence that parents have a significant influence on their children during adolescence, supporting healthy parent-adolescent relationships should be a critical part of adolescent preventive care.”

The intervention developed by the research team consisted of an eight-page booklet that addressed three main messages about parenting adolescents: adolescence is a time of change and opportunity, and parents matter now more than ever; teens need to remain connected to parents and at the same time develop a separate identity; and parents need to recognize and talk with teens about their strengths.

To help promote discussions about strengths, the booklet offered prompts to help parents and their teens identify and discuss the strengths they see in themselves and each other, a unique approach that emphasized reciprocity, rather than one-way communication from parent to teen.

In order to assess the effectiveness of the materials on parent-teen communication, the researchers conducted a randomized controlled trial, in which 120 adolescents and an accompanying parent were placed either in an intervention group, which received the booklet and discussion instructions during their well check-up, and a control group, which did not receive the materials. The adolescents who enrolled in the study were 13- to 15-year-old established patients at a CHOP primary care practice. Parents and teens in both groups took a survey before their well visit and two months later.

The research team found that adolescents whose parents had received the booklet and discussion materials reported a decrease in distress after two months, while teens in the control group reported an increase. Patients in the intervention arm also demonstrated increased feelings of happiness and calm, while those in the control group showed a decrease in those emotions.

Although the intervention materials did not impact adolescent reports of well-being, the researchers were surprised to find that the parents in the control group, who did not receive the materials, reported a marginal increase in well-being after two months, whereas parents who received the materials did not. The researchers acknowledge this could be a spurious finding, but they surmise the materials might have raised concerns among certain parents about the status of their relationship with their teen or instigated discussions that led to disagreements or further tension.

“Given what we know about other communication interventions that have shown a positive impact on adolescent behavior, this study provides strong support for future research to further evaluate the potential impact and reach of interventions that target parents of adolescents in the context of pediatric primary care,” Miller said.

Miller et al’s “Efficacy of a Primary Care-Based Intervention to Promote Parent-Teen Communication and Well-Being: A Randomized Controlled Trial” appears in The Journal of Pediatrics.