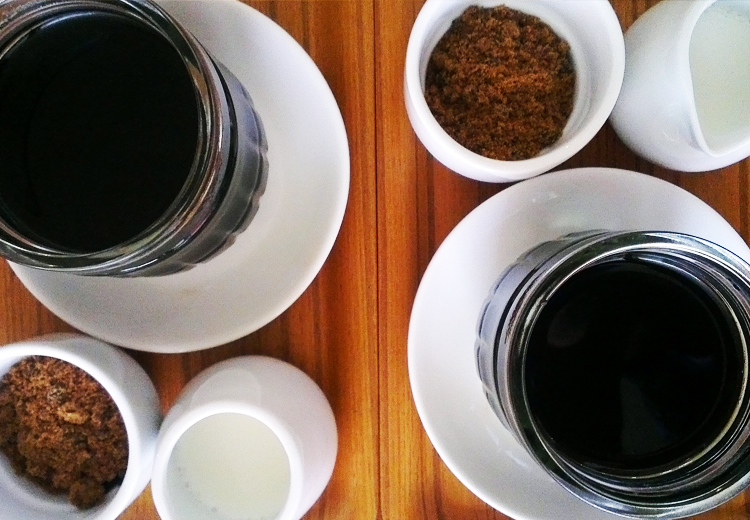 Introducing Davao City’s organic Arabica coffee, and Sultan Kudarat’s organic Robusta coffee, as offered by The Ritual in Makati City. That these coffees are, in a word, yummy, and that they are organic should be reasons enough for them to at least be tried. But that by grabbing these delectable coffees, you’d actually be helping local communities in Mindanao should be another come-on. 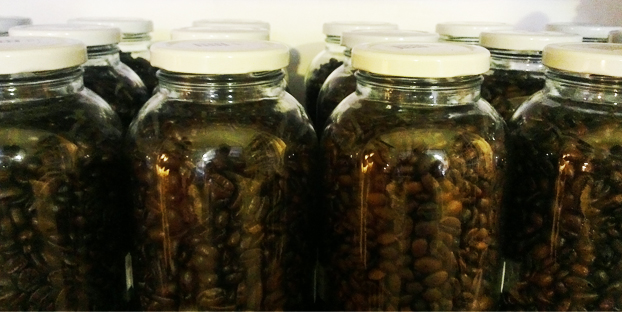 Growing up in southern Mindanao (Kidapawan City, to be exact), I knew of local coffee in a somewhat detached manner – i.e. I knew of coffee plantations (not too far from all the houses we used to live at, there were coffee plantations, their presence almost often known via the plants’ flowers’ heady scent that waft in the air as the plants bore fruits), but I never got to know what they tasted like (like many localities engulfed by commercialization, Nescafe’s instant granules were – and still is – more commonly used). It was, therefore, a surprise when – years and years later, and in Metro Manila at that – I came across two types of coffees being sold, with one of their biggest selling points their being from Mindanao.

The Philippines, by the way, used to be a major, major (sorry for that; though it stresses the point to be made) player in the coffee industry (well over hundreds of years ago); though the Philippines now (sadly) only produces approximately .012% of the world’s coffee supply.

Yes, there are several coffee species all over the world, but the two main species of coffee cultivated today are Coffea arabica (otherwise known as Arabica coffee) and Coffea canephora (a.k.a. Robusta coffee).

The key difference is – and it should go without saying, actually – in the taste. Robusta is (as the name suggests) more robust (that is, “mas matapang” or “stronger”, using the Filipino’s way of describing coffee) than Arabica, with the “tapang” (or strength) attributed to the higher caffeine content and, unfortunately, not aiding in the supposed – err… – “inferior” taste of the beverage. In contrast, Arabica, is not as “matapang”, and contains less caffeine.

The Mindanao varieties do not differ much from these coffees’ general flavors.

On the one hand, selling for P290 per 250 grams (or P60 per cup that comes with muscovado sugar and fresh milk), Davao City’s organic Arabica coffee may be described in one word as “fruity”. The seller’s PR mat provides a longer, yet still summed-up description, as it states that the Arabica beans are “smooth, very aromatic, with hints of cacao” – true in all counts, so that drinking the beverage in sips, and even sans the use of sugar (muscovado is provided for free) and/or milk, is pleasurable.

On the other hand, selling for P260 per 300 grams (or P40 per cup, also with muscovado sugar and fresh milk), Sultan Kudarat’s organic Robusta coffee is somewhat reminiscent (at least for me) of Batangas Province’s Barako coffee – except that the latter is still somewhat sweetish, while the former is just… bitter-y (thus “matapang”). The PR mat states that this is “smoother than your typical Robusta, (making) these highland-grown beans ideal for an unusual espresso (that contains) more caffeine than Arabica coffee”. For me, at least, best when added with fresh milk, which tempers the bitterness, though not at all lessening the “tapang” – but that’s just me…

That these coffees are, in a word, yummy, and that they are organic should be reasons enough for them to at least be tried (versus the likes of Starbucks, Seattle’s Best, Coffee Bean & Tea Leaf, et cetera). But that by grabbing these delectable coffees, you’d actually be helping local communities in Mindanao should be another come-on. The Arabica is grown at the mountains around Davao City (which claims to be the home of the country’s peak, Mount Apo), with the trees said to be cared for and harvested by indigenous Manobo as part of an effort to protect forest canopy; while the Robusta is grown by Manobo and B’laan tribespeople in Sultan Kudarat’s Daguma range.

So I say grab yourself a cup – or two – of wonder.