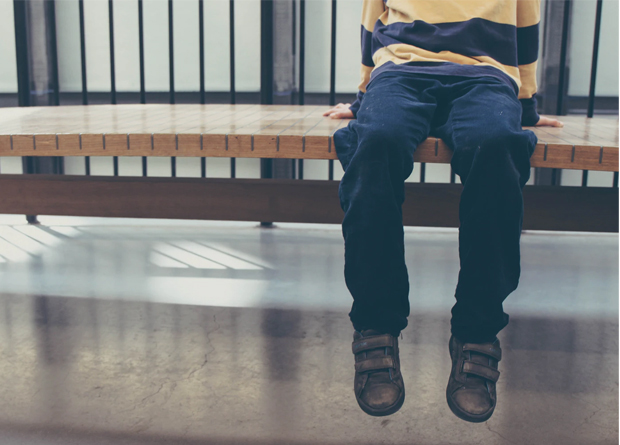 Wealthy people – once considered the hotbeds for autism spectrum disorder (ASD) – have seen prevalence flatten or fall in the last two decades, while rates among the poor and minorities keep ticking up.

Wealthy people – once considered the hotbeds for autism spectrum disorder (ASD) – have seen prevalence flatten or fall in the last two decades, while rates among the poor and minorities keep ticking up, new CU Boulder research has found.

The study, published in the Journal of Autism and Developmental Disorders, raises the possibility that parents in wealthier locations are successfully reducing environmental exposures that may contribute to autism risk, or taking other steps to curb its severity early on.

While that’s a hopeful possibility, the authors say, the findings also illuminate a disturbing economic and racial divide.

“While autism was once considered a condition that occurs mainly among (those from) high socioeconomic status, these data suggest that the brunt of severe autism is now increasingly being borne by low-income families and ethnic minorities,” said lead author Cynthia Nevison, PhD, an atmospheric research scientist with the Institute of Arctic and Alpine Research, who also studies environmental health.

Adds co-author Willam Parker, PhD, an autism researcher at Duke University Medical Center: “There is potentially good news here, but, unfortunately, not everyone is a beneficiary of this good news.”

For the study, the researchers analyzed 20 years’ worth of autism caseload counts from the California Department of Developmental Services, comparing data from 36 of the state’s most populous counties.

Between birth years 1993 and 2000, autism prevalence increased steadily among all racial groups.

But around 2000, the trajectories started to diverge: Prevalence among whites in wealthy counties like Santa Clara (home to Silicon Valley) and from Monterey to the San Francisco coast started to decline.

In middle-income counties like Sacramento, Los Angeles and San Diego, prevalence among whites continued to increase, but at a slower rate.

Notably, Santa Clara County had a surge in the rate of autism spectrum disorders between 1993 and 2000, with rates doubling among whites and Asians in just seven years. As Nevison and Parker recall in the new paper, that surge gave rise to controversial theories that men with poor social skills but strong math and engineering skills were increasingly able to find partners in the tech-age and were fathering “genetically autistic” children.

“Our data contradict that argument,” said Nevison, noting that today Santa Clara County has one of the lowest prevalence rates of severe autism in the state among whites. Growth in prevalence among Asians has also flattened in the county.

Meanwhile, the study found, incidence among blacks has increased rapidly across California, marking the highest rates among any ethnic or racial group at 1.8%. That finding is in line with previous research finding that autism prevalence is rising rapidly nationwide among African Americans.

Some health experts have attributed such increases among minorities to better screening and diagnosis, but the authors believe environmental factors also play a role.

Just which factors may be at play is unclear, but Parker notes that many of the same things that fuel disease-causing inflammation–toxins, unhealthy food and emotional stress–are also associated with autism. And lower-income and minority families tend to have a harder time accessing or affording healthier lifestyle options.

Established risk factors associated with autism include: advanced parental age, challenges to the immune system during pregnancy, genetic mutations, premature birth and being a twin or multiple.

Since the study was done in the US, the authors cannot say if their findings would translate to other locations or to milder forms of autism. They also cannot rule out that wealthy families are opting out of state services in favor of private services. More research is underway.

“There is an urgent need to understand what wealthy… parents are doing or have access to that may be lowering their children’s risk,” they conclude.