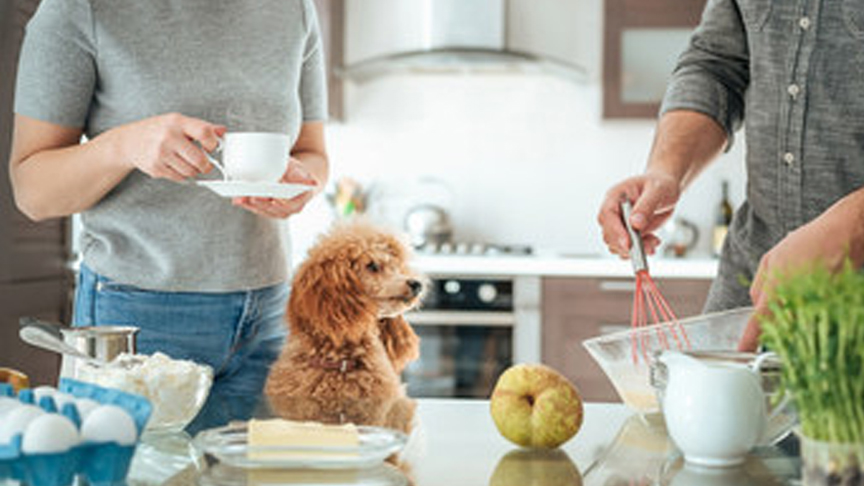 There are many reasons people shift toward eating less meat. While some are looking to improve personal health, others are making the conscious decision to reduce meat consumption for the health of the planet.

However, doing good for Mother Nature with your diet doesn’t mean you have to go full vegan or swear off meat forever. If everyone takes collective, small steps toward a greener world, it can help better the planet – dogs can help, too. If you’re looking to try a plant-first lifestyle for you and your dog, consider committing to these simple tips from KARMA pet food.

Go Meatless One Day a Week
When starting out on your plant-first journey, it can be intimidating to figure out how to cook without animal proteins, especially if you’ve been eating that way your whole life. Sometimes, it’s easiest to start small. Try to go meatless one day a week. Once you get the hang of cooking meatless meals, you may find you’re more comfortable making recipes without meat more often.

Focus on Protein-Rich Plants
There are a variety of protein-rich plants available, including tofu (made from soybeans), lentils, nuts, seeds, quinoa, beans, potatoes, vegetables and more. Open any plant-focused cookbook and you will find plenty of recipes to try. From familiar favorites modified to be meatless to new, adventurous combinations, you may find a new go-to dish.

Eat Animal Protein Other Than Red Meat
You don’t have to fully abandon meat. It’s about taking small steps. Try just making a shift away from red meat. By making a choice to consume animal proteins that make less of an environmental impact, such as chicken or fish, you are still taking a step toward a greener lifestyle.

Try a Plant-First Pet Food
Even dogs can play a role in going plant first. One simple way to make a positive change is to incorporate a plant-first, nutritious diet for your dog. Talk to your veterinarian about switching your dog to a plant-first dog food, such as KARMA Balanced Nutrition, which is crafted with more than 60% plants plus real chicken or sustainably sourced white fish. With a balance of plant and meat proteins, you can nourish your dog’s whole-body health and vitality while living a greener lifestyle.

Visit karmapetfoods.com/kollective to learn more about leading an earth-friendly lifestyle with your pet.

4 Tips to make adopting a dog a paws-itive experience

4 Helpful tips for flying with pets

5 Ways to support cats in your community

To help cats in homes and communities enjoy great lives, consider these five ways you can help. 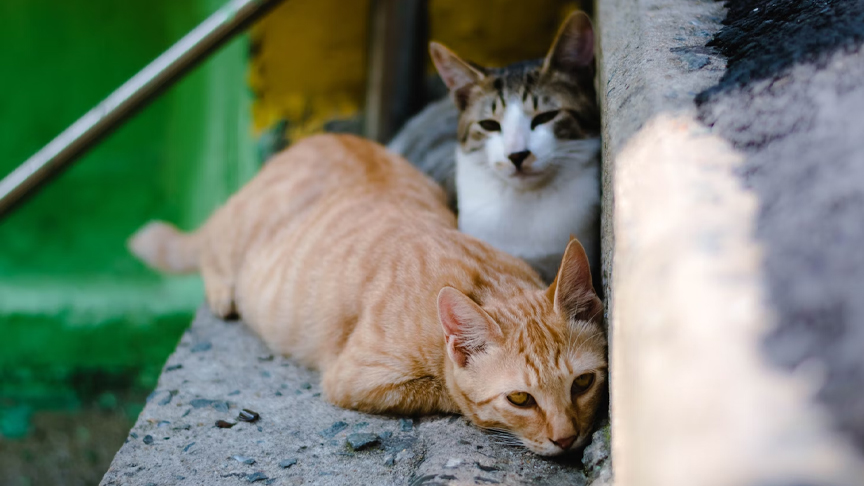 Photo by Wayne Low from Unsplash.com

From social media to video games, cats rule the internet. They’re a constant source of joy and entertainment, and a beloved part of more than 45 million American homes, according to the American Pet Products Association. There are also millions of free-roaming and homeless cats across the country, however.

To help cats in homes and communities enjoy great lives, Mars Petcare’s BETTER CITIES FOR PETS program is working to create more pet-friendly communities. Consider these five ways you can help and learn more at BetterCitiesforPets.com.

1. Provide a forever home. Many shelters are facing increased intake as pet parents feel forced to give up their pets due to hardship. In fact, Shelter Animals Count revealed cat intakes in June were double that of January. Check with your local shelter to learn about adoption options and resources to help. Your community might offer sponsored programs to help local cats get adopted.

2. Make sure your cat has kitty ID. According to the American Veterinary Medical Association, microchipped cats are more than 20 times more likely to be returned to their owners than those without chips. One of the first things a shelter or veterinarian will do with a found cat is scan for a microchip, so it’s an easy way to ID your cat if lost and help him or her get home. Also make sure your contact information associated with the microchip is up to date.

3. Share the love. If you’re a cat parent, you know the importance of healthy nutrition, routine vet visits and active play to exercise your cat’s mind and body. You can also help homeless cats enjoy these necessities by supporting your local shelter or rescue. Donate food or funds for medical care, volunteer to help socialize cats or become an ambassador for adoption by sharing social posts about cats looking for homes.

4. Learn about community cats. If your city has a lot of free-roaming cats, you might be surprised to learn they’re probably being cared for on a regular basis through a community cat program aimed at helping humanely reduce overpopulation and nuisance behaviors. In these programs, shelters, volunteers and cities work together to feed, spay or neuter, vaccinate and care for outdoor cats.

5. Become a community cat advocate. There are various ways to support community cat programs, including getting involved as a feeder, donating food or supplies, or helping with trap-neuter-return events. You can also write letters to your city government to explain the benefits of community cat care and pet-friendly policies. Your voice matters and cats can benefit from your support.

Tips to keep your pets safe from thieves

Pet theft is constantly on the rise, so it’s important to stay vigilant with your pet at all times. Leaving your dog unattended is never a good idea, and the cost of losing a family member is devastating. 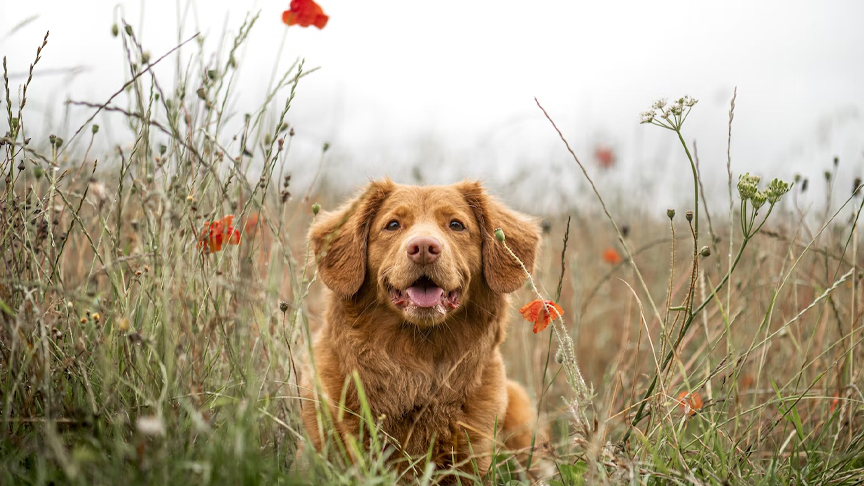 Pet theft is constantly on the rise, so it’s important to stay vigilant with your pet at all times. Leaving your dog unattended is never a good idea, and the cost of losing a family member is devastating. Staying alert is key, whether you’re home or out walking your dog. Pet thefts have risen 40% since 2021, so it is increasingly important to take precautions to keep your pet safe.

The American Kennel Club and AKC Reunite are here to give you tips on keeping your pets safe from thieves. 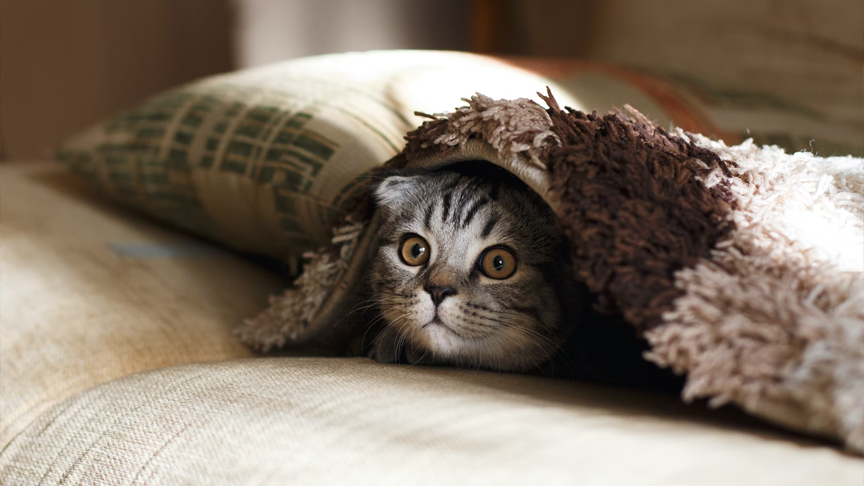 Photo by Mikhail Vasilyev from Unsplash.com

Researchers and master’s students at NMBU, the Norwegian University of Life Sciences, are shedding some light on the feline mystery. They have GPS-marked almost 100 pet cats in a small town in Eastern Norway and tracked the cats when they were outside.

“The goal was to map the movements of  an entire population of pet cats within the same area,” says NMBU-professor Richard Bischof.

The cat owners all lived within about one square kilometer, which gave the researchers a very detailed insight into many cats’ activities within a limited area. The high number of cats within such a small area makes this cat tracking study unique.

In your neighbor’s garden

The results from this small Norwegian town corresponds with similar research from other European countries: the answer to the cat mystery lies significantly closer to home than the owners probably expected.

The cats spent an average of 79% of their time outdoors within 50 meters of the owner’s home. The average maximum distance for all cats was 352 meters.

“Some individuals traveled relatively far, sometimes several kilometers, but those were the exceptions,” says Bischof.

Most cats are literally just around the corner when they are outside.

“As far as we know, no one has ever tracked that many cats in one small area. This made it possible for us to show what a domestic cat population looks like in time and space,” Bischof says.

“We tend to think of animal populations as a collection of individuals or a single number,” Bischof continues. “Instead, I prefer to see them as surfaces that envelop and interact with the landscape.”

Bischof also points out that most cat owners probably do not think of their cat as a member of a larger animal population. But they are clearly part of what the researchers called the “catscape” in their article.

“The catscape is the combined intensity with which an area is used by all cats living there, and we were able to create a map of it using GPS data,” Bischof says.

The results showed that there was great variation between the individual cats in how they used the landscape.

“This is quite typical,” says Bjarne O. Braastad, professor emeritus of ethology at NMBU. “Cats have different personalities, and research results reflect this: there is often great variation.”

He goes on explaining that the cats probably spend a lot of time near the home in their own garden to rest.

“It is also worth noting that almost all the cats were neutered,” he adds. “It will of course play an important role. Neutered cats are less likely to roam.”

How the animals use the landscape also dictates how they interact with the environment. And cats definitely have some effects on their natural surroundings.

“An interesting topic for further studies is of course the effects on local wildlife,” says project manager and professor Torbjørn Haugaasen. “We did not have the opportunity to include it in this project period, but in the future we would like to take a closer look at that as well.”

A large part of the project has been carried out by NMBU’s master’s students.

“It has been a good combination of research and education,” says Haugaasen. “The students have gained a lot of practical experience with applied science, and also been co-authors of the scientific article.”

Although the study has so far been focused on eastern Norway, rumors spread, and the project received inquiries from across the country to join.

“People are obviously very curious about what their cat does when it is out and about. Interest has been really high,” says Haugaasen.

After the data collection and data analysis was complete, the cat owners gained access to digital maps where they could see where their pet had been. The researchers conclude by pointing out how important the cat owners’ help has been.

“We could not have done this without them. As an added bonus, we had the opportunity to include many families with children in our research. Maybe we have inspired some budding scientists?”

The 2023 You: Touching on the dimensions of wellness, self-care, and self-improvement